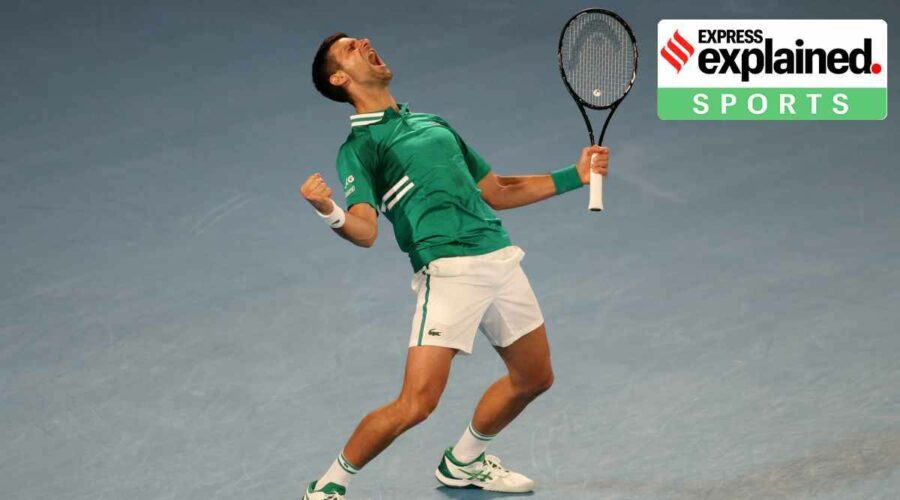 The International Tennis Federation (ITF) has put in place the Court Pace Index (CPI). To measure it, a ball is released by a machine to a specific spot on the court at 108 kmph, with a 16-degree angle and no spin. The resulting CPI ratings declare what category of speed the court is in. On Wednesday, Novak Djokovic set his personal best for most aces in a match, when he beat Frances Tiafoe 26 times on serve. The serve is Djokovic’s weakest shot, and for him to notch up such a figure is the biggest indicator that the courts at the Australian Open have become faster, a sentiment many players have shared.

“There were 23 aces from (Tiafoe) and 26 from me, that’s probably the most aces I’ve served to someone and someone has to me in a long time,” he said in his on-court post-match interview. “The surface has changed over the years. This is probably the quickest speed of the court that I have ever played on in Rod Laver Arena. You obviously need a big serve. If you have a big serve, it helps.”

In another interview, Djokovic likened playing on the show court to playing on “ice.”

What does the ace count reflect?

To put the number into perspective, according to Djokovic’s ATP profile, he’s played 1260 matches (singles and doubles) in his career (including at the ongoing major), and served a total of 5962 aces – at an average of 4.7 aces per match. But in his second-round tie against Tiafoe, he served 26, followed by 15 against Taylor Fritz on Friday in the third round.

While the quick speed of the courts has put some of the big names in a spot of bother (last year’s finalist Dominic Thiem has so far struggled to adapt to the pace), the big servers and big hitters, like Alexander Zverev and Andrey Rublev, still left in the competition will be licking their lips.

Since the 2020 edition, Tennis Australia entered into a partnership with a new court manufacturer – GreenSet, whose CEO happens to be former women’s World No 1 Arantxa Sanchez Vicario’s brother Javier. Even last year though the courts were said to have become faster than what was normal for an otherwise typically slow Australian Open hard court surface. But now that Djokovic is an unlikely name in the top 10 list of most aces in the tournament, it’s clear the courts have become even speedier.

Is there a rating to measure a court speed?

The International Tennis Federation (ITF) has put in place the Court Pace Index (CPI). To measure it, a ball is released by a machine to a specific spot on the court at 108 kmph, with a 16-degree angle and no spin. The resulting CPI ratings declare what category of speed the court is in.

According to Hawk-Eye statistics, in 2017, the Australian Open CPI was 42, which was faster than Wimbledon (37) and the US Open (35.4). Last year, the Slam in Melbourne fared 43 on the ratings, or Medium-fast. According to news website Explica, the courts this year are rated at a speedy 50.

What can affect the speed of the court?

The amount of sand put into the acrylic mixture of the court determines the speed the ball generates upon bouncing. More sand means slower courts, because of the traction the sand creates.

“If you put your hand on the surface of a hard court, it’s very rough, like coarse sandpaper,” 2017 ATP Coach of the Year Neville Godwin had said to The Indian Express in an earlier interview. “Now after the bounce, the ball sits up because it grips more with the court. So it’s very difficult to get much pace off the surface.”

Accordingly, it’s assumed that less sand was added into the mixture when the courts were re-laid ahead of the year’s first major.
Meanwhile, weather conditions and altitude affects the pace and bounce of the ball. Humid and cold conditions make the ball heavier and slower, and playing at a higher altitude makes the ball bounce higher and faster. Melbourne however, is 31m above sea level and so altitude won’t have any effect on the ball. There hasn’t been much humidity either, and the temperature has been relatively warm in the Australian summer – meaning it will zip through the air.

How will the court speed impact the likes of Rafael Nadal, Djokovic and Thiem?

The top three ranked players in the world are all defensive baseliners and are suited to slower courts – although they have proven their mettle on faster surfaces as well. Thiem, last year’s finalist and 2020 US Open champion, has so far struggled to acclimatise to the pace.

“I just needed some time to adjust. I mean, I like to have time, so the fast court takes it away a little bit for me, so that’s not perfect,” he had said after his first-round match against Mikhail Kukushkin.

Nadal and defending champion Djokovic meanwhile are struggling with injuries – a back strain and “muscle tear” on the right side respectively. It’s led to echoes that, with the fast conditions, there may be a new Grand Slam champion this term.

Who benefits from the fast courts?

As Djokovic said, big servers with powerful groundstrokes will have an edge as they can rake in more speed from the court.

The likes of Matteo Berrettini, Rublev, Zverev and Stefanos Tsitsipas – powerful hitters with strong serves – will become even more difficult to defend against. World No 4 Daniil Medvedev isn’t the biggest hitter, but he thrives in faster conditions (he won the Paris Masters and ATP Tour Finals last year, all in medium-fast conditions).

Meanwhile, World No 8 Diego Schwartzman, a diminutive but quick defensive baseliner was upset in the third round after losing to the hard-hitting qualifier Aslan Karatsev, who is making his first Grand Slam appearance.

In the women’s section, Naomi Osaka and Serena Williams are both powerful strikers and may use the pace to their advantage.

Tall American Reilly Opelka, who stands at 6-foot-11, served 43 aces in his five-set loss to Fritz in the second round.

Why was the change made?

It is unclear, but the decision to change the court manufacturer and the speed of the court lies with tournament organisers. In this case, Tennis Australia.

According to Explica, Australian Open organisers have been trying to increase the pace of the court for the past few years. And from being the Slam faster only than the clay-court French Open, it’s seemingly become the fastest of the four majors.

02/13/2021 India Comments Off on Like playing on ‘ice’: How faster courts at Australian Open benefit big-servers and power-hitters
TV & Movies 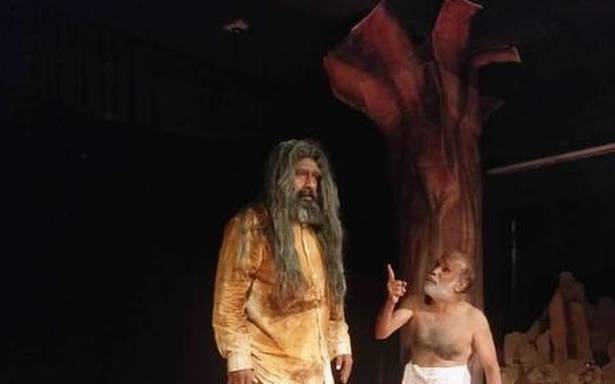 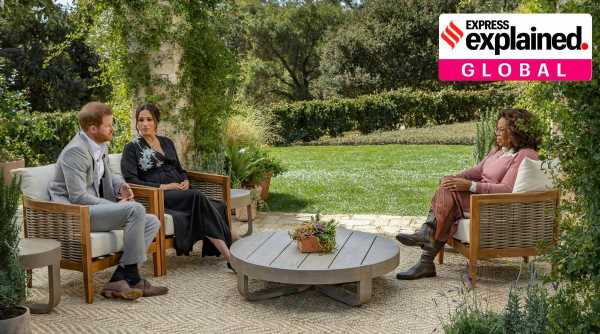