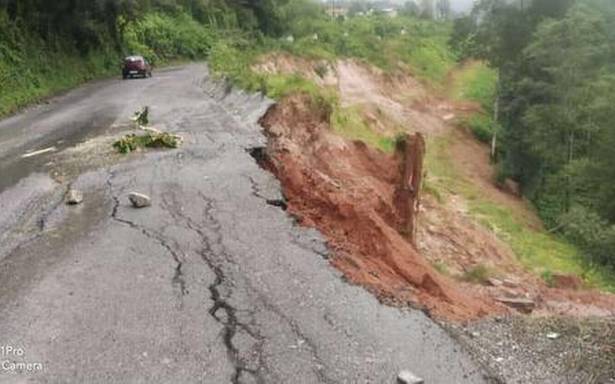 Select vehicles can travel on the stretch between 6 a.m. and 6 p.m.

Hassan Deputy Commissioner R. Girish has issued an order permitting the movement of light motor vehicles during the day time on the Shiradi Ghat stretch of National Highway 75, which was closed on July 22 following a landslip near Donigal due to heavy rains.

The Deputy Commissioner issued the order on August 16 allowing movement of cars, jeeps, tempos, minivans, two-wheelers, ambulances, ordinary buses, Rajahamsa buses, trucks carrying up to 20 tonnes of load and six-wheelers. These vehicles can travel on the stretch between 6 a.m. and 6 p.m.

The Project Director of National Highway Authority of India in Hassan had submitted a report stating that light vehicles could be permitted to use the road. Based on this report, the Deputy Commissioner issued the order.