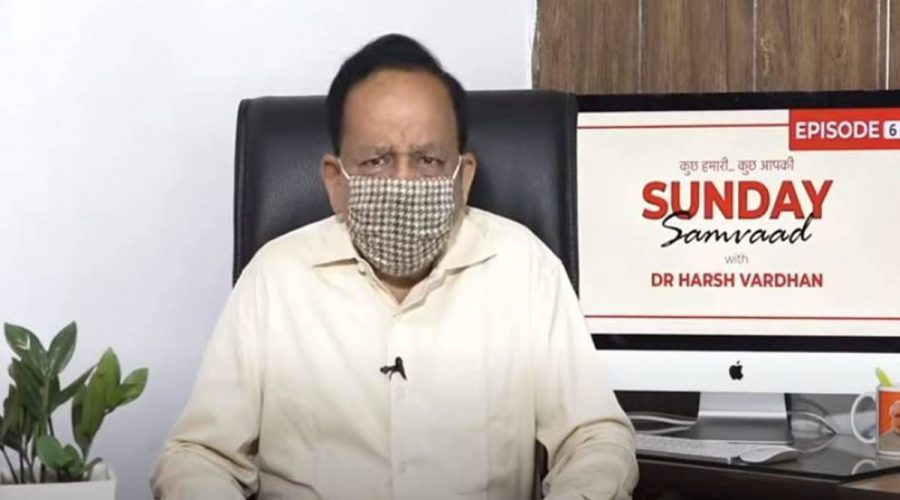 During his weekly interaction on social media, Harsh Vardhan also acknowledged that community transmission “is expected to occur, especially in densely populated areas” but “limited to certain districts in a limited number of states”. 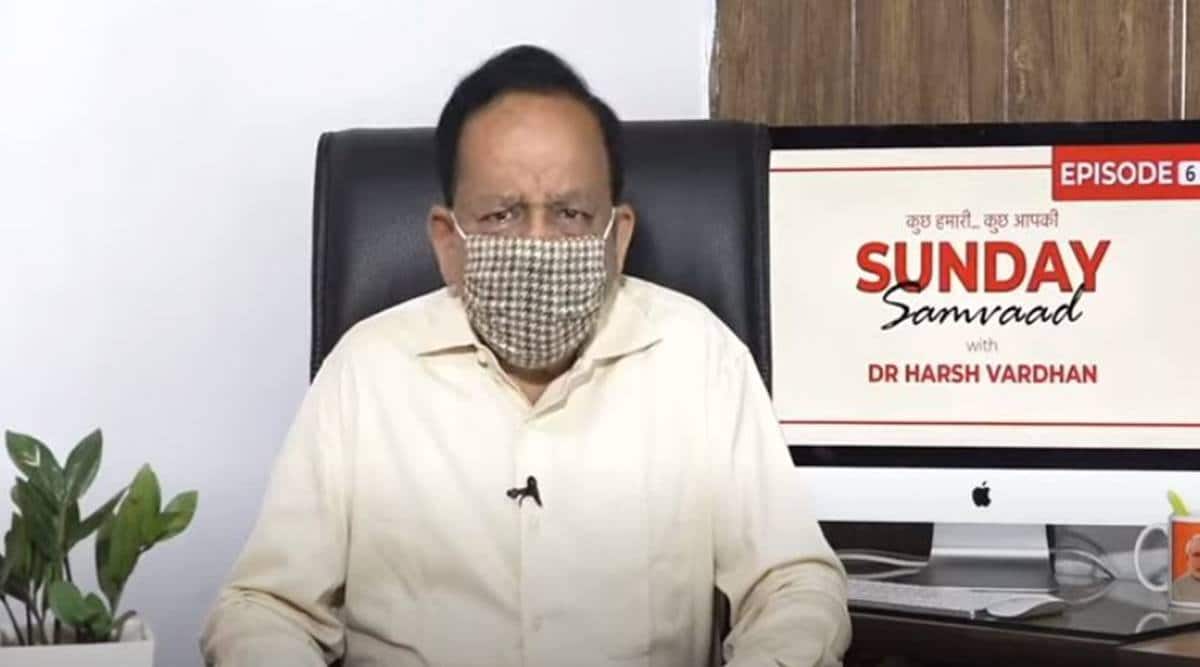 Reiterating that people should avoid large gatherings during the festival season that is coming up, Union Health Minister Dr Harsh Vardhan Sunday pointed to Kerala, which had controlled the spread of Covid initially to be tagged as a model state but then “paid the price for its gross negligence” during the week-long festivities to mark Onam in the end of August.

During his weekly interaction on social media, Harsh Vardhan also acknowledged that community transmission “is expected to occur, especially in densely populated areas” but “limited to certain districts in a limited number of states”.

Kerala Health Minister K K Shailaja sought to play down the Union Minister’s comments on “negligence” during Onam, saying he had not criticised the state but was “alerting other states to take steps to avoid gatherings, which had happened in Kerala during the Onam celebrations”.

However, Kerala’s Opposition parties described the Centre’s remarks as a “chargesheet” that highlighted the “failure” of the Left regime.

Responding to a question on how Kerala is inching towards the 3-lakh mark overall while setting a daily record of Covid cases, Harsh Vardhan said: “After having good control over the virus during the initial phase of the pandemic, the situation has now worsened. I would say that other states should learn a lesson from Kerala’s spurt in Covid-19 cases due to negligence during the Onam season. I would also say that all states need to be careful during the coming festive season…This caution must be exercised for the next three months at least.”

Over the last 24 hours, Kerala reported 9,016 new cases, second only to Maharashtra with more than 10,000 daily cases. On Friday, a central team was sent to Kerala following the surge.

“Between January 30 and May 3, Kerala reported just 499 cases and two deaths; and the majority of the confirmed cases were concentrated in Kasaragod and Kannur districts. Subsequently, Covid-19 cases cropped up in other districts, due to an increase in both inter and intrastate movement of people because of trade and tourism. And then the epic curve of Kerala changed completely due to Onam festivities across the state during the months of August and September,” Harsh Vardhan said.

“Onam festival lasted between August 22 and September 2. During this period, there were huge congregations across the state where people collected in large numbers and obviously did not take adequate precautions. Kerala, which was reporting an average of 2,000 daily cases in the first week of September, reached 4,000 average daily new cases fortnightly. Which means Kerala started adding 7,000-8,000 daily news cases,” he said.

In response, Kerala Minister Shailaja said she had called the Union Minister following reports on his remarks. “He was answering a question about the hike in Covid cases in Kerala. As festival seasons are ahead in other states, he was alerting other states to take steps to avoid gatherings, which had happened in Kerala during the Onam celebrations. We agree with that, the Chief Minister had earlier stated that gatherings during Onam celebrations, marriages and protests have created complacency in the minds of people, which eventually led to increase in cases. The Union Minister had only pointed that out.”

Speaking to The Indian Express last week, Shailaja had said that during the lockdown, Kerala had flattened the graph and the rate of spread was at its lowest. “But with the central government opening up and allowing trains and flights… during June to September, Kerala had 9 lakh people coming in from other states and countries. Then we had Onam and there was some relaxation, people did not follow the rules during the festival season. So we witnessed a rise in cases in August,” she had said, adding that various protests by Opposition parties also led to “huge gatherings”.

However, Kerala Social Security Mission executive director Dr Mohammed Asheel posted on his Facebook page that “politician Harsh Vardhan can say anything”. “But if he speaks as the Union Health Minister, he should say only after learning things precisely. What he said is wrong to the core. If in doubt, ask your scientists in ICMR,’’ he posted. Asheel works with the State Social Justice Department, which is under Shailaja, and is one of the members of a core team advising the Health Department on Covid strategies.

Kerala Opposition leader Ramesh Chennithala said: “Kerala has failed in Covid-control measures. To artificially show that the state is effectively managing the situation, all cases are not detected and the number of tests is not increased,” the Congress leader said. BJP state chief K Surendran said the Union Minister’s statement was a “severe setback for Kerala” and asked the state government to seek the Centre’s assistance.

The Centre, incidentally, has started an extensive awareness campaign for the “Jan Andolan” launched by Prime Minister Narendra Modi for Covid-appropriate behaviour in the backdrop of the festive season. It has issued a detailed SOP directing states to ensure compliance with physical distancing, sanitisation and thermal screening.