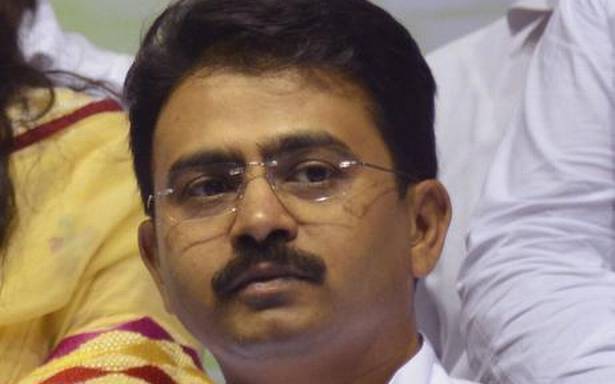 The last rites of Congress MP Rajeev Satav, who died from post COVID-19 complications, were performed with full State honours at his native village of Kalamnuri at Hingoli district in Maharashtra on Monday.

Mr. Satav, a member of the All-India Congress Committee (AICC) and was considered to be close to Congress leader Rahul Gandhi, had died after being on ventilator support at the Jehangir Hospital in Pune for more than three weeks. He was 46.

Besides his immediate family members, Congress leaders in the State, including the AICC’s Maharashtra in charge H.K. Patil, the party’s Maharashtra unit chief Nana Patole and State Ministers Ashok Chavan, Balasaheb Thorat, Vijay Wadettiwar, Aslam Shaikh, Satej Patil and Vishwajeet Kadam, were among those who were present at the funeral.

Mr. Kadam, who had been personally monitoring the late Congress leader’s health in Pune, said, “I have lost my elder brother and mentor.”

Mr. Shaikh reminisced how Mr. Satav had consistently fought for the farmers and had highlighted their problems in Parliament.

“We still cannot believe he is no longer with us,” Mr. Shaikh said.

A mainstay of his party in the Vidarbha and Marathwada regions, Mr. Satav was viewed as one of the most capable among the younger generation of Congress leaders. He had a meteoric rise within the party, starting from regional politics to essaying a pivotal role for the Congress at the national level.

A charismatic leader with a calm demeanour, Mr. Satav was well-liked by leaders across the political spectrum, with several among the BJP leadership, including Prime Minister Narendra Modi, paying him tributes.

While Mr. Satav’s RT-PCR swab had returned negative on May 9, his weakened immune system could not prevent the occurrence of pulmonary fibrosis.

Authorities at the Jehangir Hospital in Pune had earlier said Mr. Satav had succumbed to “secondary pneumonia with multi-organ dysfunction syndrome”.