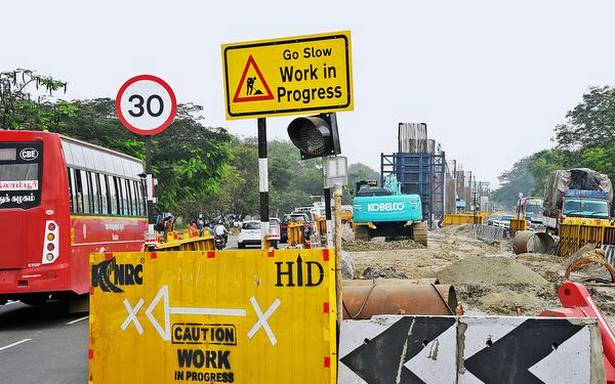 A group of land owners on Avinashi Road here have obtained an order from the Madras High Court that has stayed acquisition of their land for the flyover work.

According to Karthikeyan, one of the land owners, it is learnt that over 500 properties along the 10 km stretch – from Uppilipalayam to Goldwins – will be affected because of the work.

“None of us got a notice from the government about acquiring our land for the project. We came to know about it only through advertisements in newspaper. So far, advertisements have been given for about 170 properties. We met the officials concerned and submitted our grievances. Since there was no relief, we approached the court,” he said.

Almost all the properties on either side of the Avinashi Road are educational institutions, hospitals, or commercial establishments. Some of the commercial spaces are very small. The compensation that the government will pay works out to just about 50 % of the market value now.

“The acquisition is mainly because of the ramps and service roads. We are not against the flyover. But, the project should be redesigned so that there are no ramps. The government has not acquired land for any of the flyover works taken up in the recent years here. It should not do so for the Avinashi Road project too,” he said.

The Avinashi Road Land Owners Association planned to bring together all those who would be affected because of the project and approach the court again, he added.

An official in the Highways Department said the main flyover work would continue.

Because of the stay order, the lands of those who had approached the court would not be acquired till further orders.

There had been representations from many land owners and the Department would decide on those in the coming months.