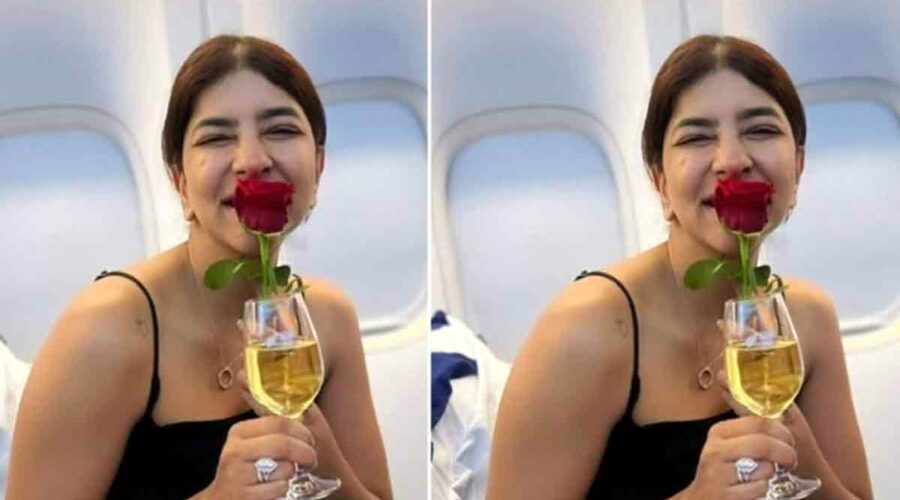 Lakshmi Manchu was given a shock with a wine glass. She is virtual in acting as a presenter for talk shows. If any special day comes.. Lakshmi Manchu is turning into a getup to suit that occasion. The role of Sivagami played by Ramyakrishna in ‘Bahubali’.. knocked the door first for her. But she backed off, saying she did not want to be Prabhas’ mother.

Lakshmi Manchu, Became very popular as a producer, actress, television host. Everyone thought that she would own the Lady superstar image like Vijayashanti but it was not possible due to lack of commercial successes. She has also acted in women centric films like ‘Anaganaga O Dheeru’, ‘Dongata‘ and ‘Wife of Ram’.

She is very active on social media. She also shares photos of her daughter along with her latest photos. She recently shared a photo of herself training in martial arts. Her getup became a hot topic.

Lakshmi Manchu also shared another photo recently and became a hot topic. She took a glass of wine and grabbed a rose flower while traveling on the flight and that photo is going viral on social media. Lakshmi’s look is a bit different in this photo. That is to say, she is looking chubby in this.