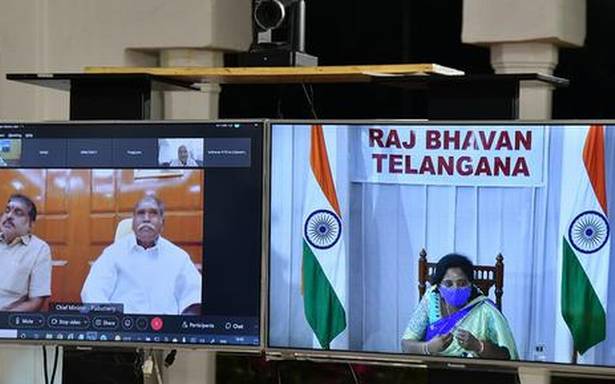 PM to virtually launch the event

Lt. Governor Tamilisai Soundararajan on Saturday held a meeting to review the arrangements for conducting the 25th National Youth Festival, which starts on Wednesday.

Prime Minister Narendra Modi is scheduled to virtually launch the event, which was moved online following a resurgence in COVID-19 cases across the country. Its duration was also curtailed from five days to three days.

The Lt. Governor, after presiding over the high-level virtual meeting, said special broadcasting software was being deployed to facilitate widespread viewing of the launch.

Among the facilities set up are a website for the National Youth Festival, online seminar rooms, an internet platform for Olympians and Paralympians, yoga classes and traditional sports areas for the event.

About 5 lakh youth are expected to participate in the festival online.