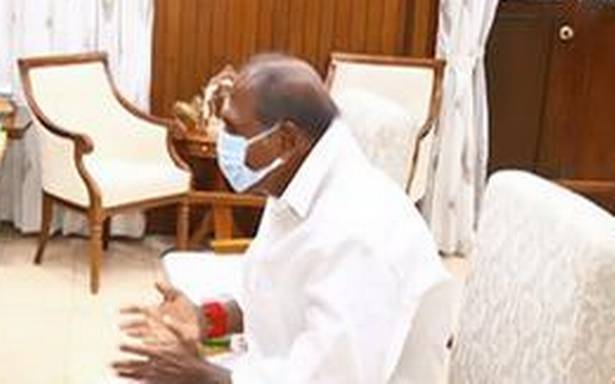 Lt. Governor Tamilisai Soundararajan on Saturday said she held a discussion with Chief Minister N. Rangasamy on the long-term flood mitigation measures to be adopted in the Union Territory.

Interacting with reporters after visiting the flood-affected areas in Aryapalayam near Villianur, the Lt. Governor said she had a detailed discussion with the Chief Minister on the permanent flood mitigation measures to be adopted and on the relief given to people affected in the recent rain.

Chief Minister N. Rangasamy had called on the Lt. Governor at Raj Nivas on Saturday.

Ms. Soundararajan said she discussed the steps to be taken to prevent sea erosion with the Chief Minister.

The Lt. Governor said a Central team would visit the Union Territory on November 22 to assess rain damage. Steps were being taken to construct a new bridge across the Sankarabarani near Villianur.

The bridge would be constructed in such a way that any rise in the water level in the river would not cause hindrance to traffic movement on Villupuram-Puducherry route, she added.

Relief measures are being provided to people shifted from areas on the banks of the Sankarabarani to relief camps, Ms. Soundararajan said.

The Lt. Governor was accompanied by Collector Purva Garg.