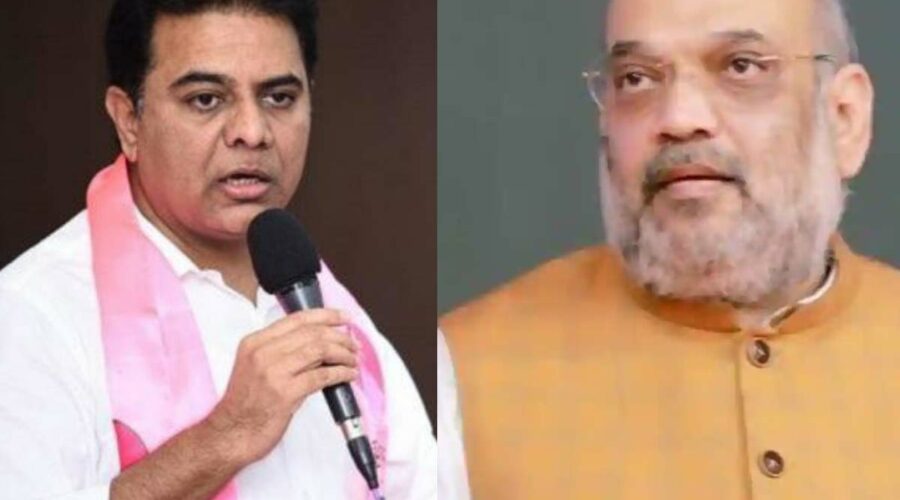 On Monday VHP  threatened to launch a battle against  Delhi Police if any action is taken against its activists in connection with the violence during a Hanuman Jayanti procession in Jahangirpuri.

TRS working president  KTR on Tuesday asked Amit Shah if the Vishwa Hindu Parishad (VHP) is above the law of the land. KTR reacted to a post related to VHP  threatening to launch a battle against  Delhi Police.

KTR took to his Twitter and asked to Amit Shah: Are these guys above the law of the land & IPC Home Minister  Amit Shah Ji ? Will you tolerate such nonsense against the  Delhi police which reports to you directly?

The police said that the  procession during which clashes erupted in Delhi’s Jahangirpuri took place without permission.

The police said as the procession, with the  people holding up  the saffron flags, passed by  mosque, loud volume of religious chants clashed with the azaan. Muslims in the area  claimed that those who were in the Hanuman Jayanti procession carried weapons and tried to vandalise  mosque. The  police added that a case had been registered against members of the Vishva Hindu Parishad and the Bajrang Dal for taking out the procession without  the permission.

KTR also tweeted: Unemployment in India at a 45 year High

04/19/2022 India Comments Off on KTR questions Amit Shah: Are these guys above the law of the land?
India