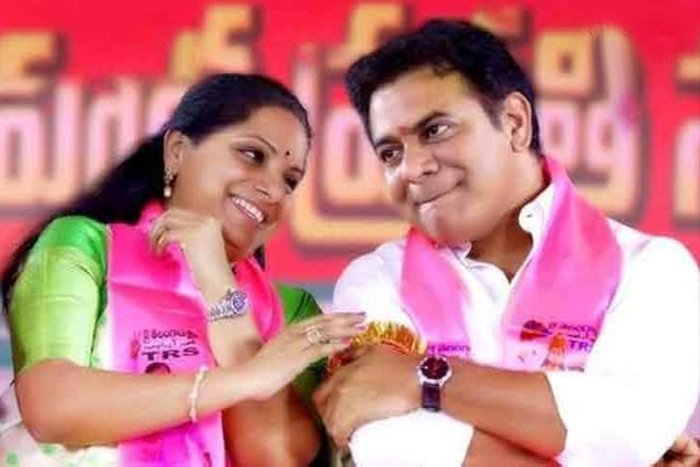 The working President of Telangana Rashtra Samithi, KTR has on Tuesday denied speculation that former Irrigation Minister Harish Rao is being ignored by party.

Also, KTR wasn’t ready to agree that nominations by large number of farmers was a reason for his sister Kavitha’s unexpected defeat in Nizamabad Lok Sabha constituency. ‘Kavitha’s defeat was unintended and farmers who filed nominations cannot be blamed for it. Infact, they were not farmers but Congress karyakarthas. A leader from Jagityal directed his 93 associates to do that job. The internal understanding between BJP and Congress led to Kavitha’s defeat. Whatever, I and Kavitha been through several hardships in past and this one won’t affect us.’

He further denied that TRS would have faced the disappointing results, if both Lok Sabha and assembly elections held at same time. ‘In Odisha, both Assembly and LS polls happened at once, but Naveen Patnaik retained power in state,’ said KTR.

Reacting about meeting with YS Jagan Mohan Reddy recently, KTR said that it is everyone’s wish that both states should maintain a friendly regain.