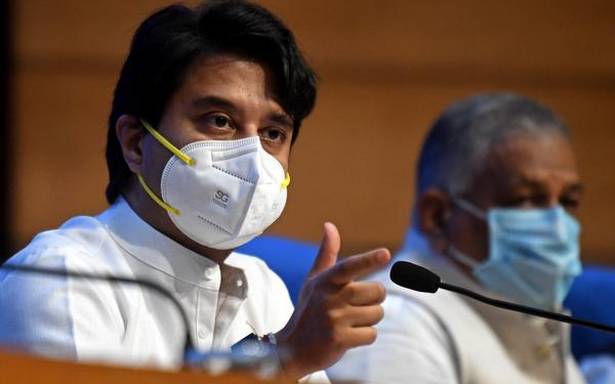 Civil Aviation Minister Jyotiraditya Scindia on Thursday said the probe report on the plane crash at Kozhikode airport last year will be made public in the next couple of days.

On August 7, 2020, a Boeing 737 plane coming from Dubai had overshot the runway at Kozhikode airport in Kerala and later broke into pieces. There were 190 people onboard the ill-fated aircraft and at least 20 people, including the two pilots, were killed and several others were injured.

Addressing a press meet here, Mr. Scindia said the probe report has been submitted to the civil aviation ministry.

"All I can tell you at this point of time is that in the next couple of days, that report is going to be released in the public domain. Within the ministry, we will also be putting together a group of people that will be tasked with the responsibility of ensuring that the steps that have been recommended in the report are put in place at the airport," the Minister said.

Last month, Minister of State for Civil Aviation V. K. Singh told the Lok Sabha that final compensation offers have been made to all the next of kin of the deceased passengers, but none of the "next of kin has sent their acceptance as of date".

"Final compensation offers have been made to all the 165 injured passengers, out of which 73 passengers accepted the offer and have been paid a total amount of ₹60.35 crore as the final settlement as of date," he had said.

09/09/2021 India Comments Off on Kozhikode plane crash probe report to be made public in 'next couple of days': Scindia
India