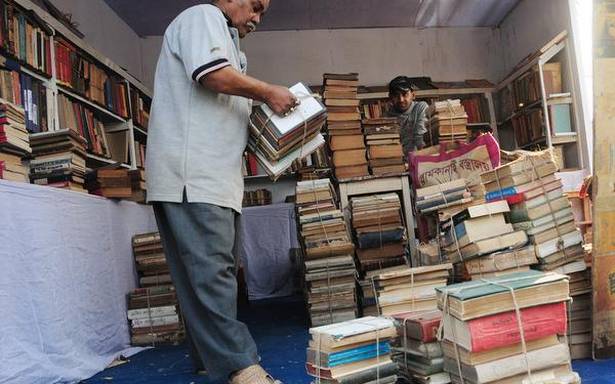 It may be held after June if the situation improves, according to organisers

Every year, for 45 years now, the exit of winter in Kolkata has been marked by an event that’s eagerly awaited by people from across communities, religions and ideologies: the book fair, or boi mela. Attracting well over 2 million visitors — even when online merchants have elbowed out physical shops — during its 10-day span, it’s easily the world’s largest book fair.

But this year, owing to the COVID-19 pandemic, Kolkata will miss its winter date with the printed word. The Publishers and Booksellers Guild, which organises the fair, has decided to defer the event.

“At the extended meeting of the executive committee of the guild held today, the members unanimously decided that due to the prevailing pandemic situation, the 45th International Kolkata Book Fair 2021 be deferred. The revised date will be intimated as soon as the situation improves,” the body said in a statement late on Wednesday evening.

This is, however, not the first time the event is being called off. In 2008 too, after a last-minute court order following a public interest litigation plea that the fair was causing harm to the environment, the event could not be held as scheduled. At the time, it was being held at the Park Circus Maidan. The fair then shifted to the Science City grounds, where it continued to be held for a few years before finding itself a permanent — and a more suitable — venue at Central Park in Salt Lake City.

“We are determined to hold the event this year — maybe after June if the situation improves and international flights resume,” guild president Tridib Chatterjee told The Hindu. “It is, at after all, the largest attended book fair in the world. Last year, the footfall was 2.2 million and it saw direct sales, from business to customer, of ₹24 crore.”

Bangladesh was to be the theme of the 2021 fair — each year, a country is picked as the theme — because the year marks 50 years of that country’s Independence. Bangladesh, in any case, features prominently in fairs held at the Central Park: in handicraft fairs, stalls selling sarees from that country also attract large crowds.

Disparate political ideologies find space at the Kolkata Book Fair: from the Vishwa Hindu Parishad to the numerous Leftist outfits, everybody gets an opportunity to sell their literature. With Assembly elections in West Bengal barely four months away, Chief Minister Mamata Banerjee would have registered a stronger than usual presence at the fair this year — but then, COVID-19 intervened.