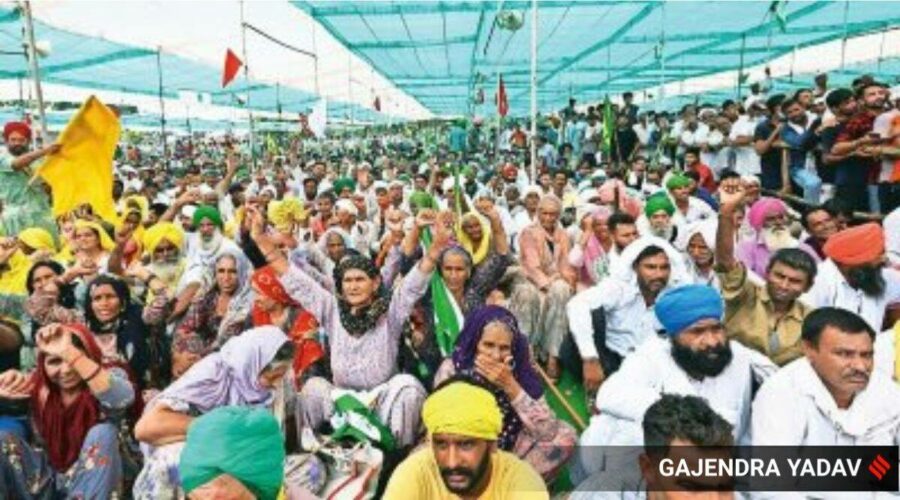 The protesters plan to march for 3.5 kms, from the anaj mandi to the mini-secretariat, to voice their demands. Heavy police deployment has been made on this route since this morning. 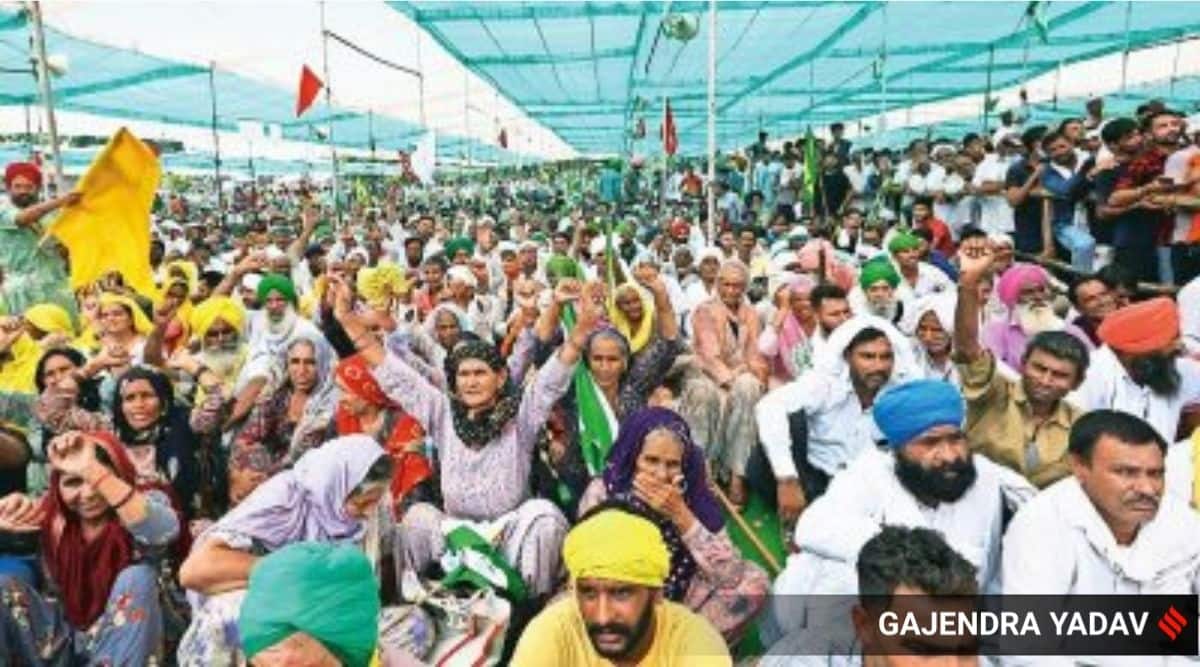 The protesters plan to march for 3.5 kms, from the anaj mandi to the mini-secretariat, to voice their demands. Heavy police deployment has been made on this route since this morning.

Haryana BKU leader Gurnam Singh Chaduni and other SKM leaders have reached the anaj mandi. Addressing the gathering, Chaduni said they were open for talks. “Initially they were not allowing us to even hold this gathering in anaj mandi, they imposed Section 144, now they are inviting us for talks. We shall go for talks. Also, if any person present in this gathering is carrying any weapon, he is not one of us. It could be a conspiracy to malign our peaceful agitation. We shall not indulge in violence and shall continue to protest peacefully till our demands are met,” Chaduni added.

Top brass of the Haryana Police are stationed in Karnal and the Police have also issued a traffic advisory for NH-44 (Ambala-New Delhi stretch) apprehending highway blockades by farmers. However, the traffic on the highway is smooth as of now. The traffic diversions, police said, shall only be introduced if farmers block any stretch. Otherwise the traffic will continue to remain as usual on the NH-44 without any diversions.

To maintain law and order, Haryana has also suspended mobile internet services in Karnal, Kurukshetra, Kaithal, Jind and Panipat districts from 12:00 am Tuesday to midnight 24 hours later (11.59 pm). As many as 40 companies of security forces, including 10 companies of the Central Armed Police Forces (CAPF), have been deployed in the town. Wary of the situation escalating, Karnal Deputy Commissioner Nishant Kumar Yadav has issued prohibitory orders under Section 144 of the CrPC, which prohibits the assembly of five or more people.

The police have also issued a traffic advisory for motorists, especially travelling on the NH-44 (Ambala-New Delhi stretch).

Today’s protest comes a day after Muzaffarnagar mahapanchayat, where farmers protesting against the three farm laws gave a call to campaign against the BJP.

The Samyukta Kisan Morcha had on August 30 given a call for gherao of the secretariat, demanding registration of an FIR against officers who had ordered a lathicharge on agitators during their protest against a BJP event in Karnal on August 28.

In a video message to farmers, senior BKU leader Gurnam Singh Chaduni said, “After the police lathicharge we had decided to hold a big panchayat and gherao the DC office. For that we will gather in Karnal Anaj Mandi at 10 am on Tuesday where we will take a call for further move.” Other senior SKM leaders will also reach Karnal on Tuesday.