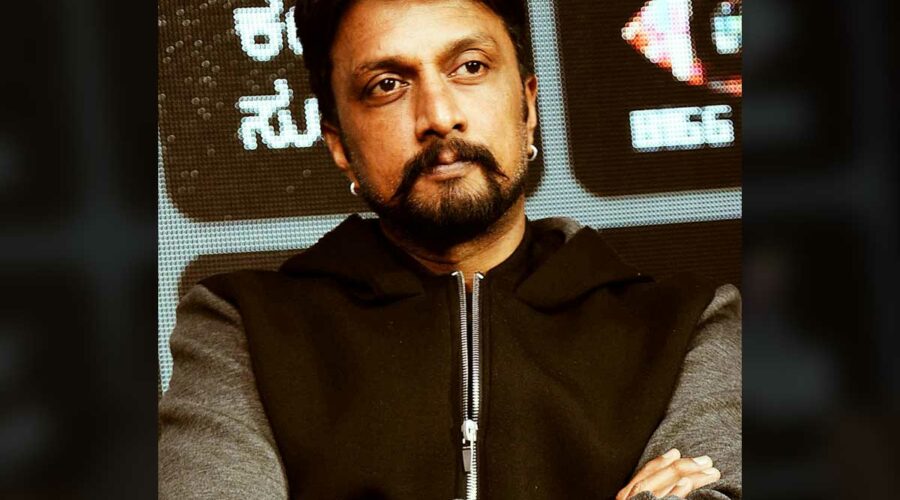 Om Raut’ upcoming directorial venture, the  upcoming big budget Pan Indian film Adipurush starring  Young Rebel star Prabhas and Bollywood actor Saif Ali Khan, has been making headlines since its announcement. Saif Ali Khan essays the role of the main antagonist Lankesh in the mythological drama whereas Prabhas will make his screen presence in the role of Lord  Rama. If ongoing buzz in the media and the film industry are to be believed, the makers of Adipurush approached Kichcha Sudeep to play the crucial role in Prabhas and Saif Ali Khan starrer.

The reports are coming that Kichcha Sudeep will be seen in the role of Vibhishana, the brother of Ravana  in Adipurush. Let’s wait for the official announcement regarding the inclusion of Sudeep in Om Raut’ directorial venture. Kriti Sanon is playing  goddess Sita in Adipurush.

As Prabhas is prepping up for  Om Raut’ magnum opus Adipurush, one of his other upcoming projects includes a romantic movie, Radhe Shyam in which he will be seen opposite  DJ fame Pooja Hegde. Other cast includes Sachin Khedekar, Bhagyashree, Kunaal Roy Kapur, Sathyan etc, it is helmed by Radha  Krishna Kumar of Jil  fame and it is expected to hit the theaters on the occasion of Dussehra this year.