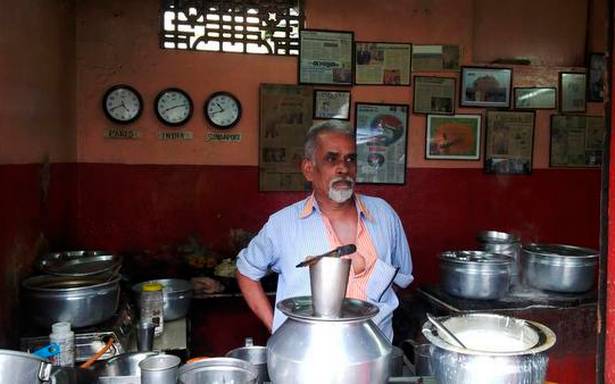 K.R. Vijayan, who shot into the limelight for his travels around the world along with wife, Mohana, using the savings from their small tea shop, died of a heart attack on Friday. The couple had returned from a trip to Russia just over a fortnight ago. He was 71.

He was planning his next trip to Japan and his wish list also included Vietnam and Cambodia.

The globetrotting tea-seller couple had visited 26 countries across six continents in the past 14 years and was featured in the national and international media.

Their tea shop next to Salim Rajan Road in Kochi is adorned with photographs from their many foreign trips.

The couple started travelling with a trip to Egypt in 2007. They initially raised the required funds through bank loans, which they repaid from their daily savings of as little as ₹300 from the tea shop. But, as the number of trips increased, so did the loans. However, as their fame spread, they started getting sponsors and they no longer had to pay for their travels. The couple’s trips to Australia, New Zealand and Russia were sponsored.

Mr. Vijayan, who considered life as countless journeys strung together, also had a trip to Singapore lined up to inaugurate the office of a travel agency of which he was the brand ambassador.

Last year, the couple brought out a book titled Chaaya Vittu Vijayanteyum Mohanayudeyum Loka Sancharangal, which loosely translates to ‘The global tours of Vijayan and Mohana by selling tea’.

The Tourism Department paid tributes to Mr. Vijayan by sharing his picture on twitter, calling him an “intrepid traveller who embarked on his final journey.”

Writer N.S. Madhavan remembered the time spent at the couple’s cafe enjoying their savouries and tales from their trips.