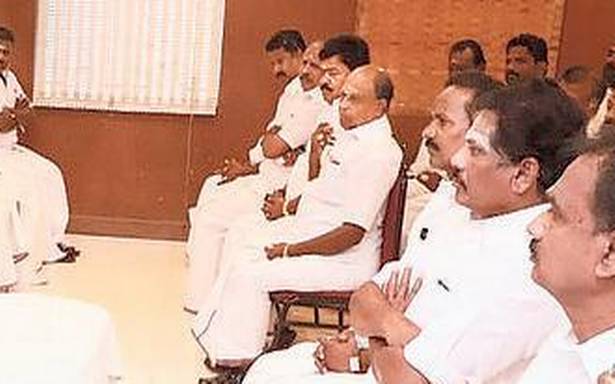 The Kerala Government has been creating hurdles and preventing Tamil Nadu from storing water up to 142 feet in the Mullaperiyar dam as per the Supreme Court order and the ruling DMK is ignoring it, charged AIADMK coordinator O. Panneerselvam on Monday.

After chairing a meeting of party functionaries in Madurai, Mr. Panneerselvam said the party would soon launch a massive protest in five southern districts to ensure the “lifeline of farmers” in those districts is protected.

Former Chief Minister Jayalalithaa had fetched the right to Tamil Nadu to increase water level to 142 feet in the century-old reservoir in Idukki district of Kerala after a prolonged legal battle, he said.

The Supreme Court had allowed Tamil Nadu to increase the water level to 142 feet after taking up strengthening works of the Baby dam, he added. “Water level in the reservoir was taken up to (the permitted) 142 feet for three successive years,” he recalled.

The dam water has been the lifeline of Theni, Dindigul, Madurai, Sivaganga and Ramanathapuram districts for irrigation and drinking water purpose.

However, the Kerala Government was putting spokes into Tamil Nadu’s efforts in storing water up to 142 feet and the DMK Government was overlooking it, he alleged.