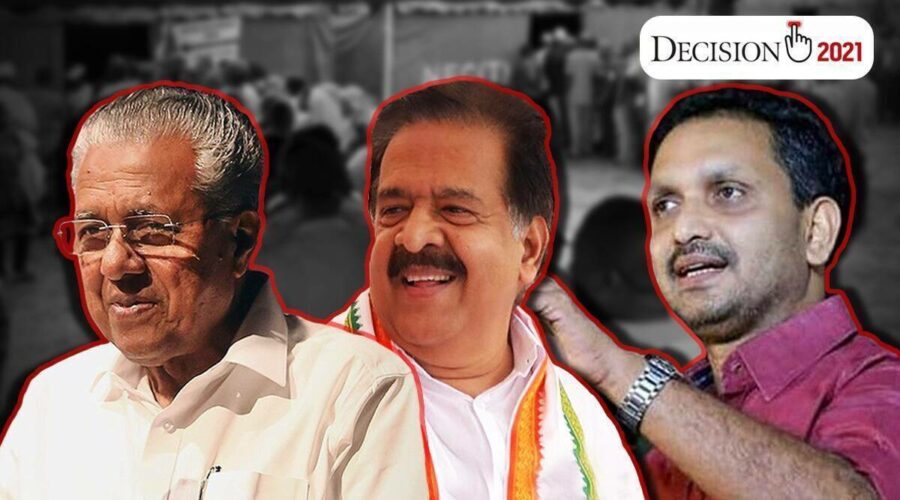 Kerala Election Results 2021, Kerala Assembly Election Result 2021 Today Live Updates: If the exit polls come true and the LDF returns to power, it will mean an end to the 40-year-old trend in Kerala's politics of the incumbent not being re-elected. The Opposition UDF will be hoping that the voters won't break with the trend. Exit polls of local and national television networks have predicted unanimously that the LDF will be re-elected with varying degrees of margins. If that happens, it will mean an end to the four-decade-old trend in the state’s politics of the incumbent not being re-elected.

On the other hand, the principal challenger UDF is counting on undercurrents at the grassroot level, supposedly missed by pollsters, along with the impact of the high-powered campaigns of central leaders Rahul Gandhi and Priyanka Gandhi Vadra. The BJP, which opened its account in the Assembly in 2016, will be hoping to substantially increase it’s seat-share and vote-share.

In the 140-member Assembly, the magic number for a majority is 71. On April 6, the state registered a voter-turnout of 74.57% excluding postal votes.

Kerala Election Results 2021 Live Updates: Counting begins at 8 am; Covid-19 protocol in place by Election Commission; CPM-led LDF, Congress-led UDF and the BJP-led NDA are in the race for power. Follow latest news and updates below

If you’re new to the political scene of Kerala, here’s laying out the basics for you.

It’s a 140-seat Assembly and the magic number for a simple majority is 71. The leading contenders for power are the incumbent CPM-led LDF, the principal opposition Congress-led UDF and the BJP-led NDA fighting hard to emerge as a strong third alternative.

Power in Kerala has always shifted between the LDF and the UDF, especially in the last 40 years, where no coalition has been re-elected to power. So that makes this election quite special. If the LDF comes back to power, which all exit polls say it will, it will be effectively breaking a four-decade-old jinx. The BJP, though ruling at the Centre and in a majority of the states in the country, only opened its account in the Assembly in 2016 winning one seat. So, though it’s not expected by political pundits to come to power, the number of votes it gets in each constituency can determine who wins there.

In the 2016 Assembly elections, the LDF won 91 seats and the UDF 47 seats. The BJP won 1 seat and Independent leader PC George one seat.

Welcome to the live blog where we will be discussing and dissecting the results of the Kerala Assembly elections as they pour in starting 8 am. Since we’re truly in the middle of a raging pandemic, counting of votes is expected to be a bit different. It may take longer for the leads to come and a picture to emerge as Covid-protocols have to be followed at the counting centres. Nevertheless, by 12 noon, we are expected to get the big picture of who’s coming to power in the state. If the above exit poll numbers hold true, it will mean that there’s no heavy anti-incumbency sentiment prevailing in the state to dislodge the Vijayan government. His administration has gathered a general sense of goodwill for its delivery of essential food kits to all ration-card holders during the Covid-19 lockdown last year as well as enhancing the monthly social welfare pensions to different kinds of beneficiaries such as differently-abled, elderly, widows and agricultural labourers.

Although its nature of raising money abroad has attracted censure of CAG and the Opposition, the LDF has tom-tommed the Kerala Infrastructure Investment Fund Board (KIIFB) as a valid and transparent agency to push investments into key sectors such as education, health, roads and power. The government’s handling of the early phase of the Covid-19 pandemic last year had come in for praise from national and international healthcare experts, though the scale of the pandemic has risen dramatically this year.

The campaigns of the Congress and the BJP meanwhile have been thrust on a range of issues that include alleged corruption and nepotism within the administration, the ‘betrayal’ of sentiments of Hindus on Sabarimala, the colossal debt of the government and the spate of political killings.

The Congress particularly has attacked the government and the chief minister on the gold smuggling case, in which the CM’s former principal secretary was arrested, the allegations of data privacy being violated in the Sprinklr case, the backdoor appointments to plum govt posts to those close to the CPM, and the recent deal purportedly signed with a US company to manufacture deep-sea fishing trawlers.

As for the BJP, it ran a high-pitched campaign, bringing in its star-power from the Centre such as PM Narendra Modi, home minister Amit Shah, ministers Piyush Goyal, Nirmala Sitharaman, Smriti Irani and chief ministers like Yogi Adityanath. It’s campaign, particularly in seats like Konni, Kazhakoottam and Nemom, rode on the emotive issue of Sabarimala.