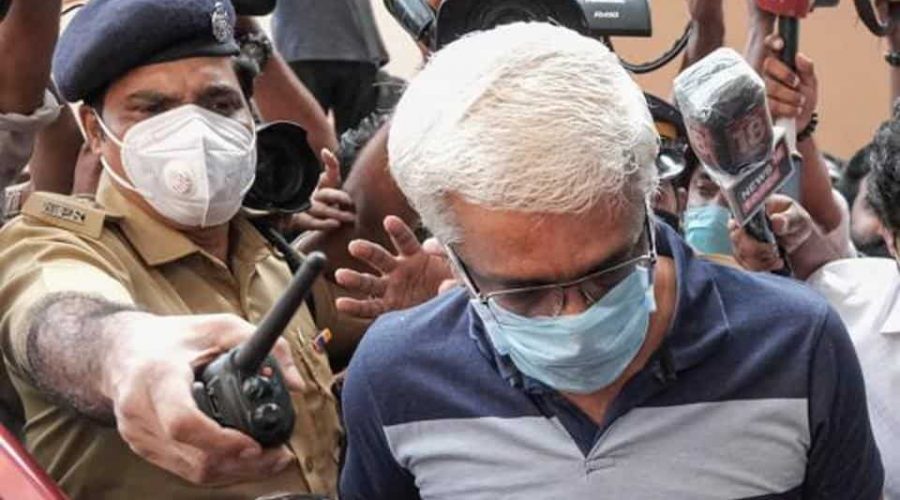 Sivasankar was arrested by the Enforcement Directorate (ED) on October 28. After rejecting the bail plea the additional sessions court remanded him in judicial custody till November 26. Earlier the court had granted permission to Customs to interrogate him in the jail.

The ED has opposed his bail plea saying the investigation was at a crucial stage and bail to him at this juncture will affect the ongoing multi-agency probe. The court witnessed heated arguments for two days.

On Monday Sivasankar had submitted an argument note in the court alleging that he was made an accused in the case after he refused to name political leaders as asked by the investigating agency. He also said he was made a political pawn in Centre-State tussle.

The ED stoutly denied his charge and said he was using alibis to hide his role in the case. Being a senior official he should have been a role model for others but his actions were not in pursuant with his position, the ED said. The agency also claimed that he intervened to get the baggage that carried 30 kg smuggled gold cleared without Customs check.

Sivasankar fell from grace after the smuggling case came to light in July. After main accused Swapna Suresh’s arrest from Bengaluru by the National Investigation Agency (NIA), reports surfaced that he was allegedly close to her and travelled with her during some of the foreign trips.

Investigators had also claimed that he was instrumental in getting Suresh a plum post in the state government-controlled Space Park and allegedly helped her take a flat outside the secretariat which was later used by smugglers. Sivasankar maintained that though Suresh was his friend he was not aware of her smuggling activities.

Sivasankar was suspended after his alleged links with Suresh surfaced.