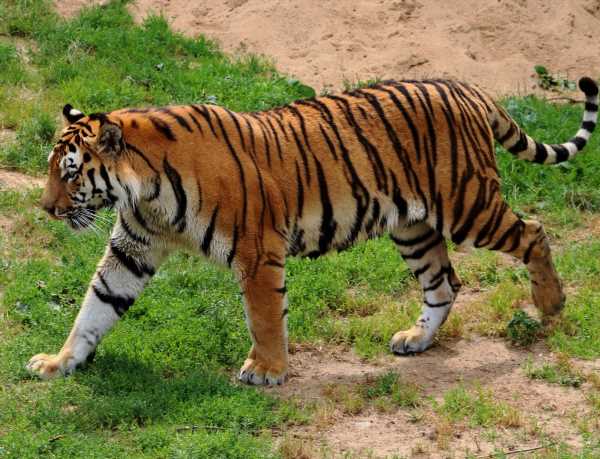 ‘It is also being done in violation of our Forest Tribal Act because it will involve the eviction of the tribals living in these forests.’

Dr Raghu Chundawat is a leading conservation biologist who has spent ten years researching on the tigers of Panna Tiger Reserve.

His seminal work on tiger conservation describes their fantastic recovery of the Panna tiger population from 1996 to 2001.

Much of this recovery is going to be undone with the Ken-Betwa interlinking work on which both the MP and UP governments are determined to push ahead at full steam thereby displacing thousands of tribals and villagers living inside the reserve.

“If the forest department had said no, as this interlinking is a violation of our environmental laws, then no one — whether he be a Supreme Court judge, a bureaucrat, a chief minister or the prime minister — could have over ruled that observation,” Dr Chundawat tells Rediff.com‘s Senior Contributor Rashme Sehgal.

The Ken Betwa interlinking defies logic. Both the central and state government are willing to spend over Rs 40,000 crore on a project that will destroy the ecology of an entire region.
It will involve the destruction of our precious forests, wildlife as well as fertile agricultural land and yet the government is determined to go ahead?
It has not received forest clearance. The wildlife clearance has been challenged by the Central Empowered Committee set up by the Supreme Court.
The environment clearance has been challenged in the NGT and yet they are pushing ahead at top speed. It is complete mindlessness?

The Ken Betwa interlinking is being done in violation of all our existing environmental laws.

Not one section, but several sections. It is also being done in violation of our Forest Tribal Act because it will involve the eviction of the tribals living in these forests.

National tiger reserves were created to protect these areas from developmental and other economic activities. It is a completely anti-democratic act.

Why have there been no protests against the Ken Betwa interlinking.
Environmentalist Siddharth Aggarwal walked along the river Ken in 2018 to create awareness against such a move.

There have been a lot of protests on the ground.

During the first phase of public hearings, fights happened at the site itself because those who were protesting were physically pushed out and not allowed to express their dissent.

A forum against river interlinking has been set up in Bhopal.

They are still working. Sadly, the media has refused to highlight this issue or other environmental issues.

The other problem is they have given no information to the local people.

I understand pillars have been put in place to mark where the Daudhan dam will be built. It seems obvious the government is keen to work at a very fast pace?

No information on the project has been given to the local villagers.

No one knows what kind of compensation they will be give though I suspect they have been promised huge amounts and they will be made to sign documents based on this false narrative.

I sent some of my boys to find out about these pillars. While interacting with the villagers they were told by some of these villagers that the government was planning to divert water from the Betwa river to the Ken river.

The Betwa is the larger of the two rivers. So, they believe this is what is going to happen on the ground. This is what they have been told by dam officials.

No one knows what amount of compensation will be given, though going by the experience of the oustees of the Narmada dam, it can turn out to be a long wait.

After all, many of the villagers affected by the Narmada dam are still awaiting full and final compensation.

Villagers living inside the reserve have no idea about what exactly is happening.

The dam officials will tell them that they will be given more money than what was given to the Narmada people and they will believe this blindly.

The large tribal population living inside the Panna tiger reserve have been left with no choice.

The tribals and non-tribals living inside the tiger reserve will suffer.

They have been left with no choice. Those living outside the reserve are being forced out of their productive and fertile agricultural land.

They will never get to farm on such land again. Are there any activists working with villagers living inside the Panna tiger reserve?

It is not possible. National parks and tiger reserves are not open to the public. You and me cannot go to these villages. We need special permission from the forest department.

The movement of villagers living inside these areas is also extremely restricted. No political activity is permitted inside a tiger reserve.

What about the markers that have been put there to mark the place for the dam site?

The markers have been there for the last 20 to 30 years. This Ben Ketwa interlinking is an old project started at the time of Atal Bihari Vajpayee in 2003.

Why has civil society not spoken out during the last three decades?

The bureaucracy is totally compromised including the officials of the forest department.

When the proposal for the Ken-Betwa uplinking came before the officials of the forest department, there is a protocol where the concerned officer has to say either yes or no to the project.

Instead of saying yes or no on whether he was agreeing or disagreeing with the interlinking, the concerned individual wrote that the decision should be taken at the appropriate forum.

The file then went to the chief wildlife warden who forwarded it to the state wildlife board who turned it down.

If the forest department had said no, as this interlinking is a violation of our environmental laws, then no one — whether he be a Supreme Court judge, a bureaucrat, a chief minister or the prime minister — could have over ruled that observation.

Tribals depend on forests for sustenance. The government does not have enough land to give them as compensation which is a precondition for their shifting.
The Modi government is putting pressure on the environment ministry to relax the rules?

I am afraid the present practice is to give cash and not land for compensation.

But as I had said earlier, no one knows how much compensation they are giving.

We have no idea. No information been given.

The Daudhan dam will see submergence of ten villages with over 10,000 villagers. But there are already 11 major and 171 minor irrigation projects in the Ken basin and therefore the goal of this Ken-Betwa interlinking is extremely questionable.
Experts are pointing out that the existing water resources available in the Bundelkhand and in the so called drought prone areas of UP and MP are not being utilised.
Even the water from the Baryarpur pick up of the weir on the Ken river is not being fully utilised?

The area that officials claim will be irrigated is already being irrigated.

Water is not being taken to a drought prone area as is being falsely conveyed.

Not much benefit is going to come out of constructing such a huge dam.

Some form of irrigation is already there so to submerge such a large mass of forest makes no sense.

This has been written in great detail by Dr Brij Gopal.

Dam expert Himanshu Thakkar has also written a lot on this subject working out the cost analysis of this massive construction project only to conclude that it was totally unnecessary.