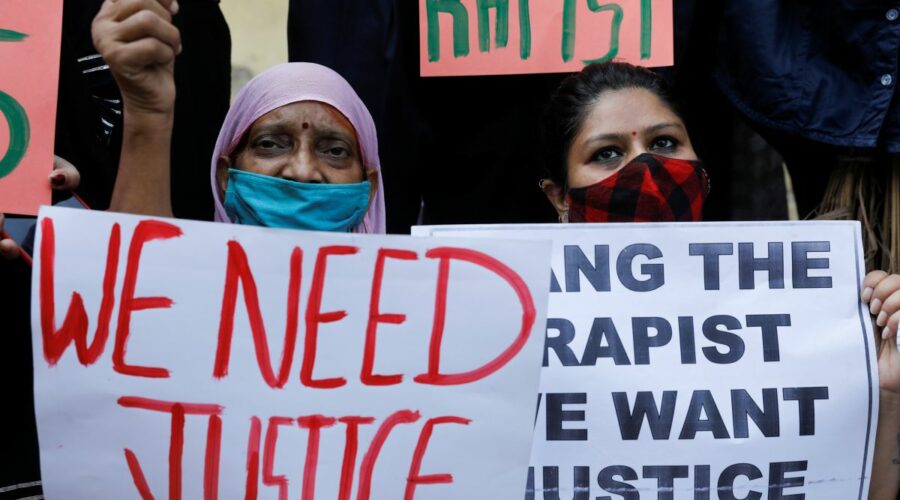 Shubam Sangra, declared an adult by the Supreme Court, is formally chargesheeted by the Jammu and Kashmir police’s crime branch in a case related to the sensational gangrape and murder case of an eight-year-old in Kathua in 2018.

Though the trial is expected to start in neighbouring Punjab’s Pathankot, as ordered by the Supreme Court in 2018, the crime branch submitted its charge sheet under various sections including those related to murder, rape, kidnapping and wrongful confinement before chief judicial magistrate in Kathua.

The charge sheet was committed to sessions court in Kathua which has fixed January 24 as the next date of hearing in the case.

According to the Supreme Court order of 2018, the sessions court of Pathankot will be hearing the case and the appellate court would be the Punjab and Haryana high court.

Sangra was also shifted from a juvenile home to the regular Kathua jail after the crime branch served the Supreme court order of November 22 in which he was declared an adult.

It said Sangra was responsible for an overdose of sedatives forcibly administered to the eight-year-old, rendering her “incapacitated” to resist sexual assault on her as well as her murder.

“She was forcefully administered five tablets of Clonazepam of 0.5 mg each on January 11, 2018 which is higher than the safe therapeutic dose. Subsequently more tablets were given…The signs and symptoms of an overdose may include drowsiness, confusion, impaired coordination, slow reflexes, slowed or stopped breathing, coma (loss of consciousness) and death,” a medical expert was quoted as saying in the chargesheet.

The peak concentration of clonazepam is achieved in the blood after one hour to 90 minutes of oral administration and its absorption is complete, “irrespective of administered either with or without food”, according to the concluding opinion.

Doctors were of the opinion that tablets given to the child could have pushed her into a state of shock or coma.

The crime branch had filed a complaint (a charge sheet in case of juvenile) when he was lodged at the correctional home in Kathua as per the laid down norms under the law.

Sangra, who had been filing petitions at various courts, finally got caught when a shoddily drafted application for a birth certificate led to the unravelling of the conspiracy to proclaim him as a juvenile.

With Sangra being tried in the gang rape-murder, the quest for justice for the child who was smothered to death in captivity in January 2018 takes a decisive turn.

The inconsistencies in dates and false information in the application for a birth registration certificate filed by Sangra’s father on April 15, 2004 were crucial in nailing the lie.

According to the charge sheet in the case filed by the Jammu and Kashmir Crime Branch, Sangra was instrumental in the abduction, gang rape and killing of the child.

Eight people, including Sangra, were accused in the case that shook the nation with its details of brutality.

The affidavit filed in the court cited the inconsistencies in the application to buttress its claim that Sangra was a juvenile.

This was submitted in court along with medical reasons by the crime branch, which was contesting the trial court’s decision to treat Sangra as a minor.

The application at the tehsildar’s office in Hiranagar, Jammu, was filed by Sangra’s father who wanted birth registration certificates of his three children.

The difference in the birth days of the two elder children was just two months and 28 days, “which by any medical standard is impossible”, the affidavit states.

This, it says, indicates the father’s casual approach in furnishing the particulars of the dates of birth.

Moreover, no place of birth was mentioned for the older two, but Shubam Sangra was stated to be born in a Hiranagar hospital.

A subsequent investigation to test the veracity of that statement did not bear that out, officials said.

The painstaking investigation, which resulted in the affidavit, was backed by a report of a board of medical experts that determined Sangra’s age as not less than 19 and not more than 23 on January 10, 2018 when the brutal assault took place.

The case was transferred out of Jammu and Kashmir and shifted to Pathankot on orders from the Supreme Court on May 7, 2018.

These were Sanji Ram, the mastermind and caretaker of the ‘devasthanam’ (temple) where the crime took place, special police officer Deepak Khajuria and a civilian called Parvesh Kumar.

Three other accused — Sub Inspector Anand Dutta, Head Constable Tilak Raj and special police officer Surender Verma — were convicted for destruction of evidence to cover up the crime and handed down five years in jail and Rs 50,000 fine each. They are out on parole.