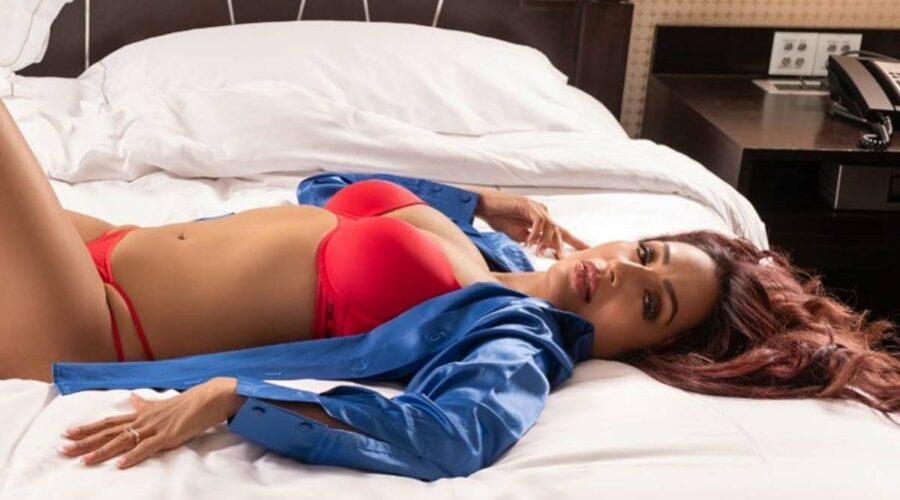 Kashmera Shah is a popular name in the entertainment industry. She  is the granddaughter of noted Hindustani classical singer, Anjanibai Lolekar.  The actress has appeared in a number of Hindi and Marathi films.  She was a leading celebrity contestant in the 1st season of the Indian version of the reality Television show Big Brother, Bigg Boss in 2006.

She also participated in dance couple reality show Nach Baliye in 2007 with her husband, Krushna Abhishek. She  is an active user of social media and is known for sharing her b*ld pics   to delight  her fans. This time Kashmera Shah  shared a pic of her in which she is seen wearing red lingerie on a bed. Her seductive pose is grabbing the attention of her fans.

Previously Sunita had referred to Kashmera  Shah as a “terrible daughter-in-law.”