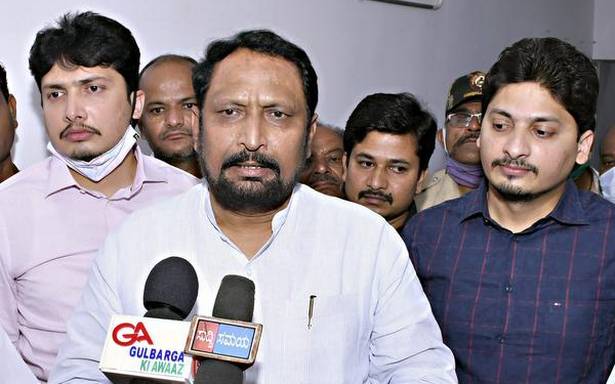 It may challenge recent order of Central Registrar of Trademarks

Shivayogi C. Kalasad, Managing Director, Karnataka RTC, said they were yet to receive a copy of the order, following which all legal options will be explored.

“We will make all efforts to retain our right to use the acronym,” he said.

Kerala Transport Minister Antony Raju issued a statement on Wednesday stating the ‘KSRTC’ acronym and the elephant logo were finally declared to belong to Kerala.

“The Central Registry of Trademarks has ruled in favour of Kerala, rejecting Karnataka’s contention that Kerala must be barred from using the acronym,” he said in a Facebook post.

Sources in the Kerala Transport Department said a notice in this regard would be soon issued to the Karnataka State Road Transport Corporation.

Both Karnataka and Kerala SRTCs have been using the acronym KSRTC for many decades now. However, Karnataka RTC registered the acronym and its logo with the Controller General of Patents, Designs and Trademarks and issued a notice to Kerala RTC asking it not to use the acronym as they had patented it in 2014.

Kerala SRTC had soon approached the Registry and the judgement in the case, favourable to Kerala, was issued recently, sources said.

Kerala had argued that their government had been running their fleet of buses under the acronym of KSRTC since 1965, while Karnataka’s bus services were named so only in 1973. The precursor to Karnataka RTC was called Mysore Government Road Transport Department (MGRTD) formed in 1948, renamed as Karnataka State Road Transport Corporation in 1973. Sources said while the name can continue, Karnataka SRTC cannot use the acronym ‘KSRTC’.

Karnataka Transport Minister Laxman Savadi said unlike in private firms, the company name and logo did not affect the Corporations much, as both Karnataka and Kerala RTCs were “public service enterprises”.

“Karnataka and Kerala RTCs have never competed with each other and even if Karnataka RTC continues to use the acronym KSRTC, there will be no harm done to Kerala RTC. In a federal system, States need to cooperate and resolve our differences. Neither State must make this a prestige issue,” he said in a statement, however, adding Karnataka will explore all legal options for a legal battle ahead.