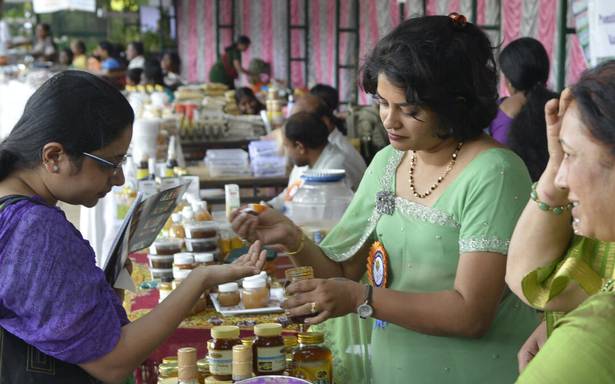 Promising greater help to women entrepreneurs in Karnataka, Chief Minister Basavaraj Bommai said he is in talks with officials in the Finance Department to start a bank exclusively to enable better access to finance.

Responding to a petition submitted by women entrepreneurs seeking government help, the Chief Minister promised that a chapter to incentivise women would be brought back in the Industrial Policy 2025. The entrepreneurs had pointed out that the chapter was in the 2009 edition of the industrial policy, but is missing in the 2025 edition.

Mr. Bommai said that Karnataka, which currently stands at number 3 position in terms of per capita income, will be empowering women to enable them to contribute to the State’s GDP.

“Nearly 65% of the population does not contribute to the per capita income or GDP. We are working to economically empower this section, especially women, who can significantly help the GDP grow. If about 35% of women can take part in economic activity, it can improve their financial situation and the per capita income of Karnataka.”

Industries Minister Murugesh Nirani said that four industrial parks dedicated to women will be coming up in Mysuru, Harohalli, Dharwad and Kalaburagi.