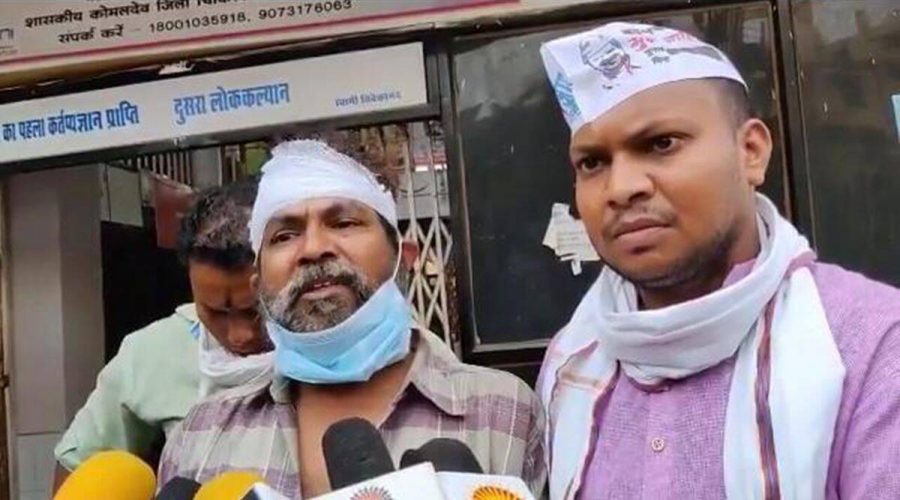 Shukla had earlier in the day tested positive for Covid-19. Kanker-based journalist Kamal Shukla, who was on a hunger strike seeking action over the attack on him and two other journalists by a mob allegedly incited by local Congress leaders at a police station on September 26, called off his protest on Sunday after a delegation bearing his demands met the Governor. Shukla had earlier in the day tested positive for Covid-19.

The test was conducted on Saturday at the DKS Hospital, where the journalist was allegedly forcibly hospitalised on October 7, days after he began his hunger strike. “His immunity was compromised and he was meeting people, so we conducted the test,” a district official said.

Shukla had appealed to journalists in the state to march with him to the Governor’s house on Sunday. However, he was declared Covid-positive hours before the march was to begin, according to sources close to Shukla. His letter was submitted to the Governor by a 10-member delegation, including several journalists. “The Governor has assured the delegation that the case will be duly investigated and the culprits will be punished,” a statement from the Governor’s office read.

In a video message, Shukla called the Covid test a “sham” to keep him from protesting against the authorities. However, he later released a statement calling off the strike and thanking journalists who supported him to “come back stronger and fight”.

“Several senior colleagues and even the honourable Governor have requested that I break the fast. I have also realised that Gandhian principles are a blunt instrument in front of governments today,” his statement read. However, he stated that “to fight for fearless and independent journalism, it is important that I live”.

On Saturday, more than a fortnight after the attack on Shukla, Jeevananda Haldar and Satish Yadav, the Bastar IG suspended the police station in-charge and also formed a three-member SIT led by a sub-inspector from the same police station to investigate the matter. The decision came after a six-member journalists’ panel set up by the state government submitted its report on Saturday. In its report, the panel had recommended addition of charges in the FIR filed by Shukla and Yadav. However, Shukla had criticised the report because he was not contacted by the fact-finding team.