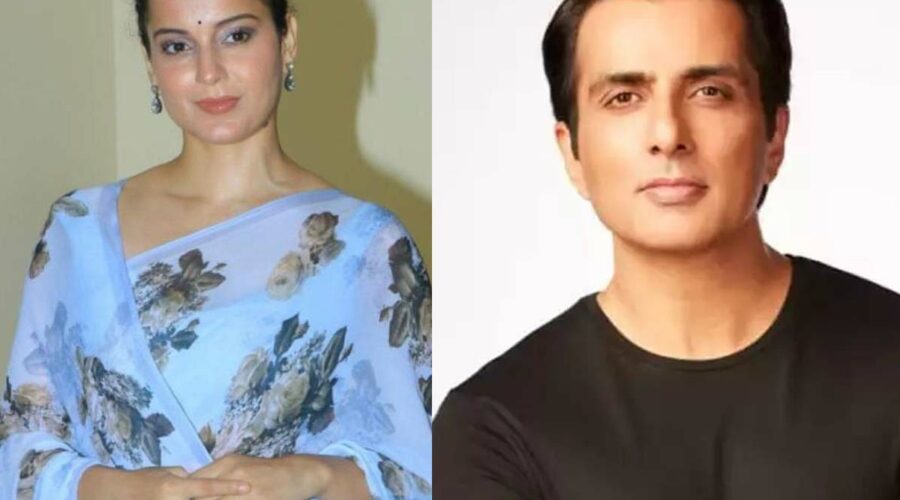 Bollywood national award winning actress Kangana Ranaut leaves no stone unturned in bashing or criticizing the  people on her Twitter page.  Manikarnika fame actress is an active  user  of social media pages and  she touches upon every topic happening in the world.  On several occasions, she has bashed Bollywood celebs for various topics like nepotism and more.

On the other hand,   the people have been showering parses on Sonu Sood for his philanthropic work during this coronavirus pandemic. Recently Kangana Ranaut liked a tweet by a Twitter user which claimed that  actor Sonu Sood is using the  Coronavirus pandemic to make money. The user named Maithun posted a photo of a print ad of an oxygen concentrator machines worth lakhs, which also featured Sonu Sood. Few  netizens shared the ad and wrote, “Such a fraud using a crisis to make money.” Sonu Sood has been endorsing this brand since 2020.

Ek Niranjan fame actress Kangana Ranaut liked the tweet and several people have mixed reactions to it.  Few people also  called Sonu Sood  out and slammed him for doing  this, while others believe that the brand might be misusing the photographs of Sonu Sood by making him a brand ambassador.

On the work front, Sonu Sood will be seen playing a villain in Chiranjeevi starrer Acharya and Kangana is playing the titular role in Thalaivi.