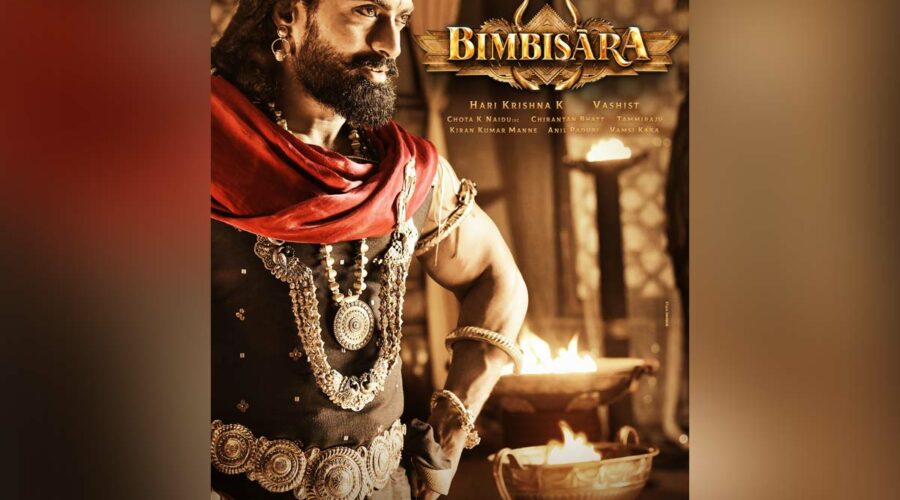 Bimbisara is  touted to be a socio-fantasy actioner and big budget project,  in which Nandamuri KalyanRam is playing the lead role. The makers have already released the first look poster where Kalyanram was looking ferocious as a barbarian king in a mythical land.  He was seen wearing the attire of a warrior with a gigantic sword in hand.

Now the makers of Bimbisara are going to release the teaser. The reports are coming that  the teaser of the film  Bimbisara will be played along with Balakrishna starrer film Akhanda that will be out on the 2nd of December.

Debutant Mallidi Vashist is directing Bimbisara and Bheemla Nayak fame Samyuktha Menon is playing the female lead  in this upcoming film which is being bankrolled by KalyanRam himself under the banner of NTR arts whereas  the music is scored by Chirantan Bhatt.  Chota K Naidu is handling the cinematography whereas Anil Paduri is supervising the VFX part. On the otherside, Kalyan Ram will also be seen playing the lead role in an upcoming drama which is  titled Devil.

On the otherside, Balakrishna and Pragya Jaiswal starrer Akhanda is helmed by Boyapati Srinu in which Srikanth is playing the role of a villain. Balayya is playing dual role in this much awaited saga.