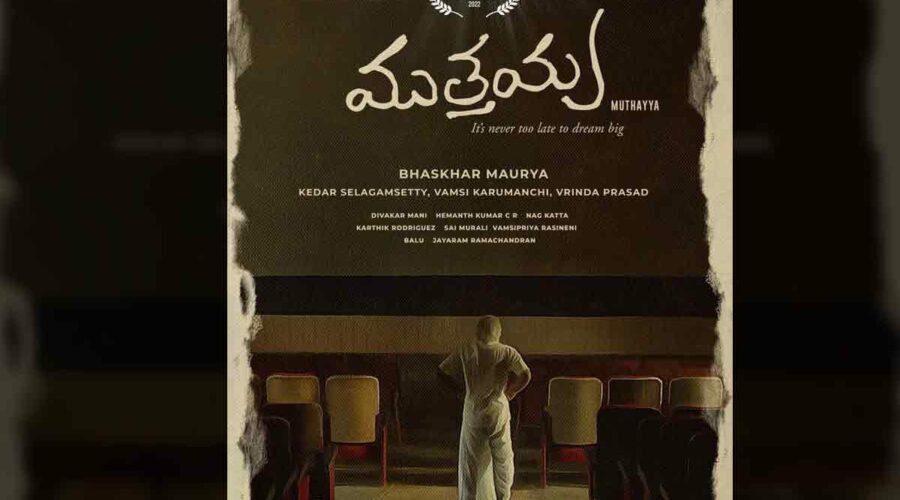 The first poster of Muthayya was launched by Kajal Aggarwal on social media, that showcases an elderly man staring at a big screen.  The movie is  directed by debutant Bhaskhar Maurya, Divakar Mani is the cinematographer and Karthik Rodriguez is the music composer.

The film Muthayya  is funded by Vrinda Prasad under Factionary Entertainment, and presented by Kedar Selagamsetty and Vamsi Karumanchi of Hylife Entertainment Pvt Ltd.

q playing the titular role in this film which also has  Mounika Bomma, Arun Raj, and Purna Chandra in the crucial roles.

Few days ago, Kajal Aggarwal was in the news headlines when she delivered a baby boy named Neil Kitchlu.  Kajal Aggarwal and Gautam  Kitchlu tied the knot on 30th October 2020. Only close family members attended the private ceremony. Recently Koratala Siva also confirmed that Kajal Aggarwal is not the part of his directorial venture Acharya starring Chiranjeevi and Ram Charan but she will be seen only in the song Laahe Laahe.