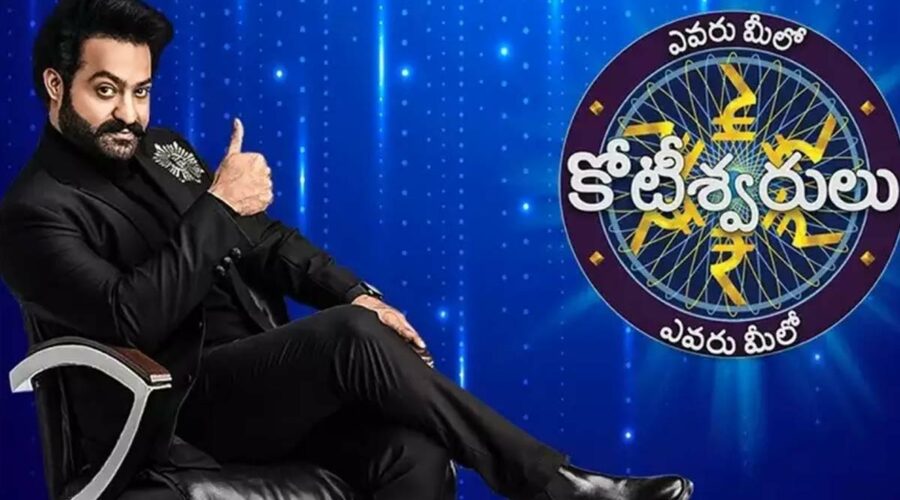 ‘Evaru Meelo Koteeswarulu’ is the Telugu version of the reality show ‘Who Wants to Be a Millionaire?’, which is going  to be hosted by none other than young tiger Jr NTR.   In the month of March this year, the makers of EMK released a promo where Jr NTR  was seen giving a walkthrough and explains the rules of the game show, and refers to himself as “Your Rama Rao” at the end.  Now according to the latest report, Jr NTR has joined the sets of Evaru Meelo Koteeswarulu.

Mahesh Koneru took to Twitter to reveal that the look of  Jr NTR is next level and he also revealed that the  makers erected an amazing set for the game show.  Tarak is going to shoot  ten straight days for this game show.  The reports are also coming that Jr NTR is  charging over Rs 10 crore as remuneration for the upcoming season of Evaru Meelo Koteeswarulu.

On the otherside,  Jr NTR will be seen playing the lead role in SS rajamouli’ magnum opus RRR and he has also teamed up with Koratala Siva for a film.