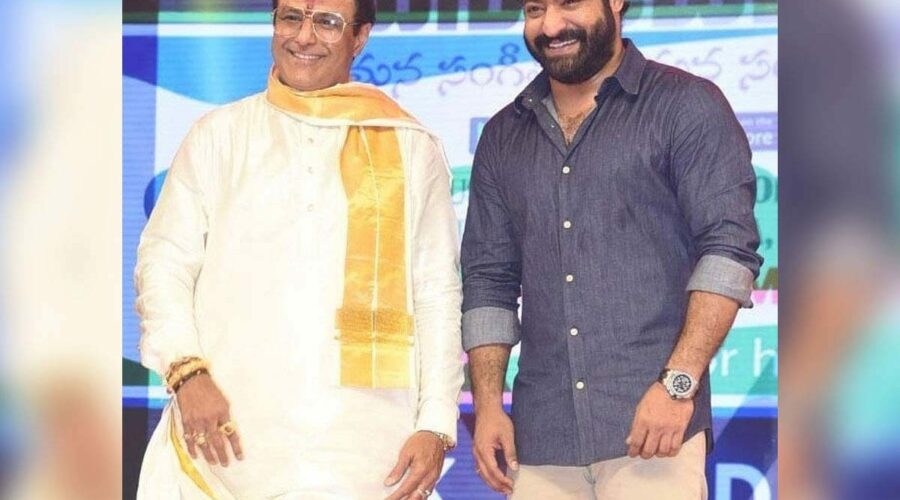 It is known that Akhanda starring Nandamuri Balakrishna and Pragya Jaiswal is gearing up for the grand release on 2nd December. The team of Akhanda is currently busy  in the promotional activities  and now the reports are coming that the makers are planning for  a grand pre release event of Balakrishna starrer movie on 27th of this  month at an auditorium in Hyderabad. If ongoing buzz in the media and the film industry are to be believed,  Young tiger Jr NTR  will attend the pre release event of  Balakrishna starrer Akhanda.

The sources say that the makers have invited Jr NTR and Nani as the chief guests for the  pre release event and both of them have reacted positively. Tehoffical announcement regarding it is awaited.

If  Tarak  really attends Akhanda’ event, it would be a feast for Nandamuri fans to  watch both Nandmauri heroes  share the stage.

Directed by Boyapati Srinu and produced by Miryala Ravinder Reddy under the banner of Dwaraka Creations. The film stars  also has Jagapathi Babu and Srikanth. The upcoming project marks the second collaboration of Boyapati Srinu and Balayya. In this film Lion star is playing the dual role and in one of the role, he will be seen as an aghora.