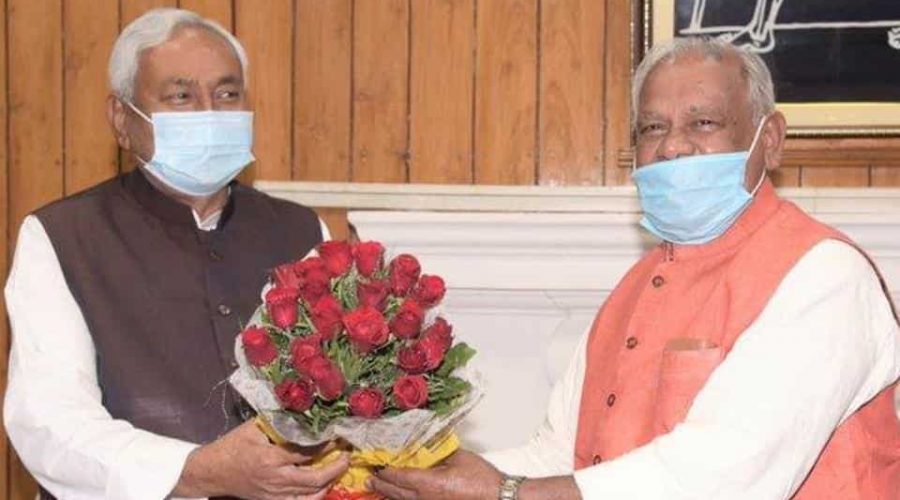 Jitan Ram Manji-led Hindustani Awam Morcha (Secular) on Wednesday said it would seek one Legislative Council seat and a ministerial berth from chief minister Nitish Kumar when he expands his Cabinet.

“I will talk to the chief minister to demand one seat in the Legislative Council and one ministerial berth in the proposed Cabinet expansion. I feel he would fulfil my request,” said former chief minister Jitan Ram Manjhi, while talking to reporters after the conclusion of the party’s national executive meeting in Patna on Wednesday.

Manjhi’s statement came hours after the announcement of polls for two vacant Council seats on January 28 by the Election Commission (EC), which could make distribution of seats among the allies in the NDA a tricky affair.

The by-election has been necessitated due to resignation of former deputy chief minister Sushil Kumar Modi and former MLC Binod Narayan Jha.

Jha was elected as MLA from Benipatti in recent Assembly polls while Sushil Modi has been elected to the Rajya Sabha.

Incidentally, Manjhi clarified that one Council seat to be sought would not be filled by any of his family members but would go to a party leader. “There will be no one from my family who would be MLC now,” he said.

Manjhi’s elder son Santosh Kumar Suman is a sitting MLC and also a minister in the Nitish Kumar cabinet.

Besides, the HAM(S) chief said his party would be contesting the West Bengal Assembly polls and decide on tickets after consulting NDA allies.

The ruling JD(U) has already announced its plans to contest the assembly polls in the neighbouring state.

The former CM said his party was in favour of reservations in the private sector, judiciary and also a common education system.