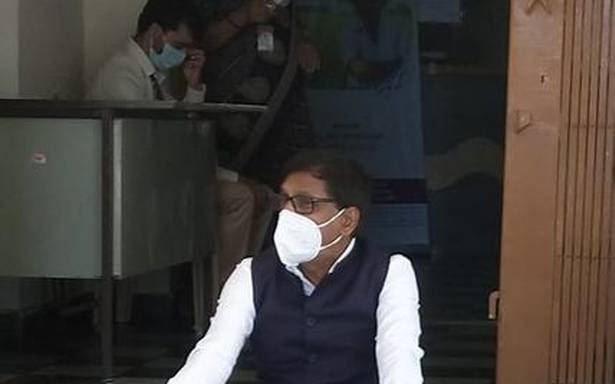 Claims the district administration did not invite him for meetings

Janata Dal (Secular) MLC S.L. Boje Gowda, on Thursday, staged a dharna at the Deputy Commissioner’s office in Chikkamagaluru alleging that the district administration did not invite him for many meetings.

He alleged that the Minister in charge of the district and the Deputy Commissioner did not invite him for many meetings though he had raised this issue many times earlier.

“The administration is neglecting me even after I brought this lapse to the notice of the Minister and officers many times. The government is dead in Karnataka. The Minister is not taking anything seriously,” he said.

Deputy Commissioner K.N. Ramesh and Additional DC B.R. Roopa spoke to the legislator and convinced him to end the protest.