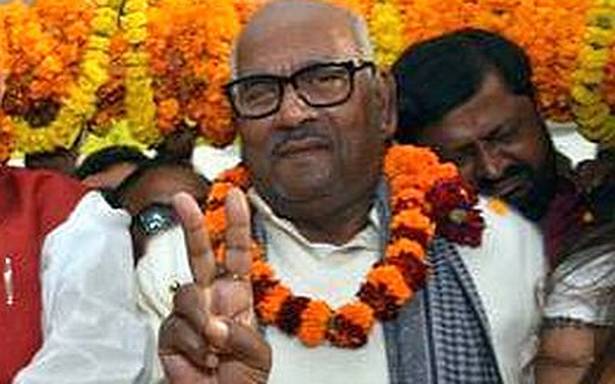 Why the ruling party did not raise the issue during the Lok Sabha poll campaign, asks opposition RJD.

Asserting that its main agenda in the coming Bihar assembly polls in November 2020 would be the special category status to the State, the Janata Dal (United) on Tuesday said it will be raising the issue after the Lok Sabha poll results.

“Yes, how can we forget this issue which has the sanction and support of over 1.25 crore people of this state?”, said state JD(U) chief Basistha Narayan Singh.

“Centre should take necessary steps to make amendments if any provisions come in the way of according special category status to Bihar”, Mr. Singh told journalists in Patna on Monday.

However, the opposition Rashtriya Janata Dal said the ruling party did not raise this issue during seven-phase Lok Sabha poll campaign in the state.

“The JD(U) even did not release its party manifesto under pressure of alliance partner BJP…how could they have raised the issue of special category status to Bihar in poll campaign without taking permission from the BJP?”, said senior RJD leader Shivanand Tiwari.

Meanwhile, political analysts of the state told The Hindu that chief minister Nitish Kumar appeared to be uncomfortable with the BJP even during poll campaign.

“One of the viral video in which he was seen not chanting vande matram along with other BJP leaders during PM’s Darbhanga public meeting showed how uncomfortable he is in the company of BJP”, said one of them Ajay Kumar.

“Nitish Kumar may be exploring his future political options with or without BJP… if BJP performs well it will spell trouble for Mr. Kumar or, if it doesn’t do well that situation also will be troublesome for Nitish Kumar in the state”, he added.

On Monday state JD(U) chief Basistha Narayan Singh had said that only party leader RCP Singh would be attending NDA’s dinner in Delhi on Tuesday.

But, on Tuesday, party sources said Mr. Kumar too will be attending the dinner along with party leaders RCP Singh and K.C. Tyagi.