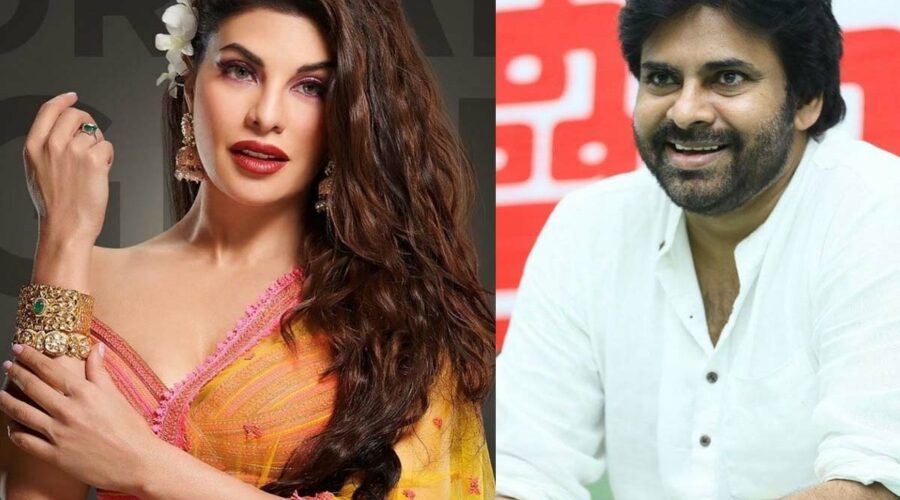 Power Star Pawan Kalyan is doing a film with Krish of Kanche and Gauthamiputra Satakarni fame. We have already reported that ISmart Shankar fame Nidhhi Agerwal has been roped in to play the one of the female lead roles. Initially Krish wanted to rope Fidaa and Middle Class Abbayi fame  Sai Pallavi in this film but as she rejected the offer, the director started the hunt for another popular actress. Now the reports are coming that Krish has finally convinced Bollywood actress Jacqueline Fernandez and she has agreed to become the part of Pawan Kalyan starrer.

Jacqueline Fernandez has given bulk dates for Krish and Pawan Kalyan film and she will make her screen presence in the flashback episode.

The first look poster  of this upcoming untitled film was unveiled on Pawan Kalyan’  49th birthday and it became a huge hit on the internet. The poster showed a warrior standing with a red cape on his neck.

Meanwhile, Pawan Kalyan is waiting for the release of his upcoming Telugu film Vakeel Saab, which is remake of Hindi movie Oink, in which the actor is playing the role of a lawyer. Being jointly produced by Boney Kapoor and Dil Raju, the film Vakeel Saab also stars  Shruti Haasan, Nivetha Thomas and Anjali in crucial roles.