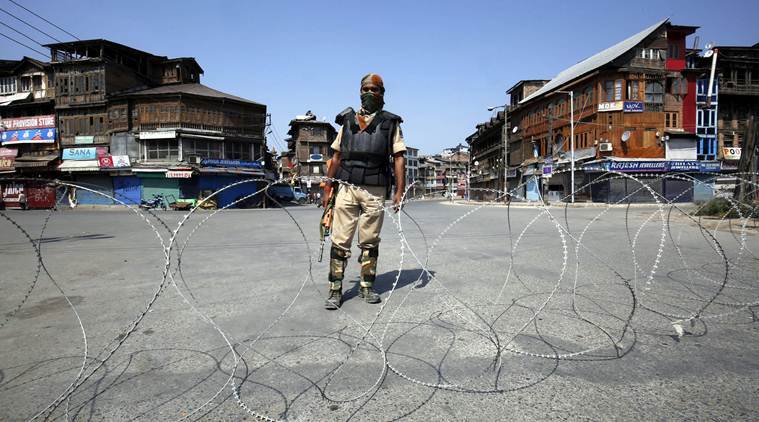 Earlier in May, Northern Army Commander Lt Gen Ranbir Singh had also ruled out the presence of militants in Kishtwar belt. The Jammu and Kashmir police Saturday admitted the presence of militants in Kishtwar district of Jammu region. The admission made by Inspector General of Police M K Sinha of Jammu Zone comes a day after two policemen were injured after their team came across militants in the remote of area of Marwah.

Police said that it has tasked its anti-terror Special Operation Group (SOG) to track and neutralise militants in the area, news agency PTI reported. Earlier in May, Northern Army Commander Lt Gen Ranbir Singh had also ruled out the presence of militants in Kishtwar belt.

The encounter between militants and police in the hilly district came after nearly seven years. The last counter-insurgency operation was carried there on December 23, 2012.

Sinha said there are reports about eight militants being active in the vast area of the district and the SOG has been activated to neutralise them. “We have activated SoG in Kishtwar after the terror incidents took place,” he said.

The district in recent times has seen an increase in incidents of terrorism. An RSS functionary Chanderkant Sharma and his PSO Rajinder Kumar were shot dead by militants in broad daylight, inside the state government-run district hospital, on April 9 this year.

Prior to this, militants had gunned down BJP state secretary Anil Parihar and his elder brother Ajit Parihar, when they were on their way to home in the town on November 10.

Following these killings, police released posters of nearly half a dozen militants saying that they were active in the district and offered cash award and a government job to anyone providing information leading to their killing or apprehension.