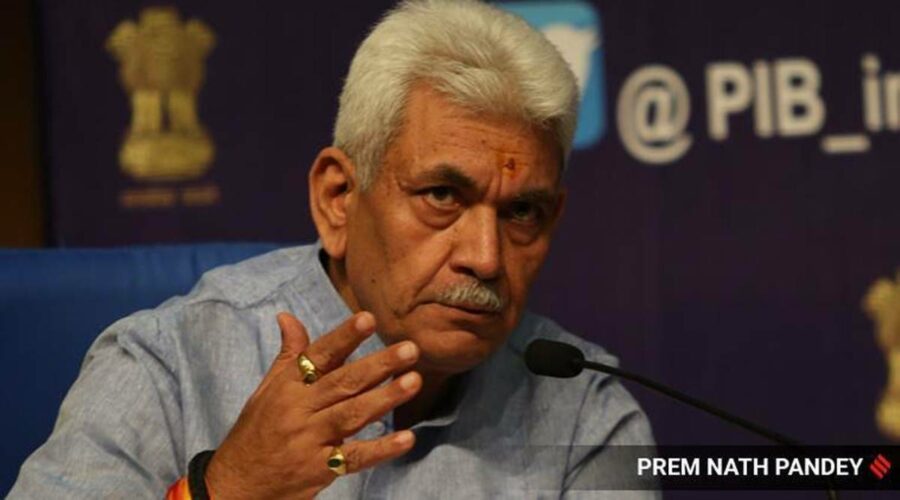 Migrants whose properties were encroached or were forced for distress sale in the 1990s can file complaints, the LG said. The administration received 854 grievances during the trial run of the portal. The Jammu and Kashmir Lt Governor Manoj Sinha on Tuesday launched an online portal (jkmigrantrelief.nic.in) for the time-bound redressal of grievances related to immovable properties of Kashmiri migrants. Migrants whose properties were encroached or were forced for distress sale in the 1990s can file complaints, the L-G said on the occasion.

Pointing out that they have received 854 grievances during the trial run of the portal, he said a large number of migrant families are awaiting justice. “Now, the time-bound action on complaints will not only restore the faith of people in the system, but I believe thousands of families can reach closure, justice and regain their dignity,’’ he said.

This initiative will put an end to the plight of migrants including Hindus, Sikhs and Muslims, who have been suffering since the 1990s, he said. “I met numerous delegations from across the religion in the last 13 months and they unequivocally supported the return of migrants,” he added.

Pointing out that it is the responsibility of the present to rectify the mistakes of the past, the L-G said that while laying the foundation of a bright future, this is also the time to heal the old wounds. “I request all citizens to support the administration in this effort and set the new example of brotherhood,’’ he added.

The L-G said that his administration, following the ideals of former prime minister Atal Bihari Vajpayee and PM Narendra Modi, was trying to implement comprehensive and constructive programmes for social equality and harmony in Jammu and Kashmir.