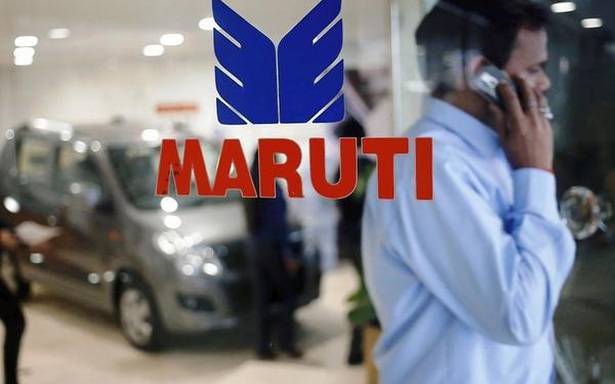 India’s fiscal deficit (for the Centre) in FY22 is expected to be 6.8% of the GDP, or in layman’s terms about ₹15.06 lakh crore. When considering the debts of States as well, this jumps to about 12.7% of the GDP (as of FY21). In comparison, the budgetary outlay for MGNREGA in FY22 was ₹73,000 crore, while the Ministry of Defence was allocated ₹4.78 lakh crore for FY22. Every year, the shortfall grows wider.

The reality of privitisation

There is consensus that privatisation is the panacea. Policymakers often cite the private sector’s ability to grow faster. This may not always be true — studies indicate that the gap in growth (and service) between public sector undertakings (PSUs) with autonomy and private firms is not significant. One study highlighted that the famed British privatisation initiative of British Airways, British Gas, and the Railways led to no systemic difference in performance (T.T. Ram Mohan, February 2021); even now, private British trains can be significantly delayed by “leaves on the line”. Evidence on performance after privatisation is even more mixed in developing countries. Of course, there are examples like VSNL and Hindustan Zinc, but growth post-privatisation is often due to multiple factors (for example, better funding under a private promoter versus a starved government budget, a better business cycle). Sometimes, the difference in a PSU’s performance (and ability to generate tax revenue) is simply government apathy.

Privatisation as a revenue source has also offered paltry returns. As a state, we have sought to hock our generational wealth in PSUs for the past two decades, with limited success. The Disinvestment Commission, under the Ministry of Industries, was set up in 1996 to provide inputs on which firms to privatise in over a five-10-year period. However, this Commission was dissolved in 1999. A separate Department of Disinvestment was set up under the Ministry of Finance and later upgraded to a full-fledged Ministry in 2001. It was downgraded back to a department in 2004.

Beyond the institutional set-up, privatisation as a policy has also singularly failed to raise significant funds – actual receipts from disinvestment have always fallen significantly short of targets. For example, in FY11, ₹22,846 crore was raised against a target of ₹40,000 crore; by FY20, ₹50,304 crore was raised against a target of ₹1 lakh crore (PRS India, 2021). In total, between FY11 and FY21, about ₹5 lakh crore was raised (that is, about 33% of just FY22’s projected fiscal deficit (PRS India, 2021) – some of this, notably through stake sale to other PSUs. Given social and institutional constraints, India’s ability to privatise firms will continue to be slow in the future (for example, BPCL’s long-awaited journey). Clearly, this is a lever that is unlikely to raise significant revenue. Perhaps it is time to consider other options.

Going forward, outright privatisation (as opposed to stake sale) may not necessarily make sense. Air India aside, a recently held auction of about 21 oil and gas blocks had only three firms participating, of which two were PSUs; 18 blocks ended up with just a single bid. An additional push to privatise 12 rail route clusters attracted interest in just three routes, with only two bidders (again, one of which was a PSU). Meanwhile, in a market on the edge, with interest rate hikes coming, this may also not be the right time.

There is also the challenge of valuation – for example, about 65% of about 300 national highway projects have been recording significant toll collection growth (>15%, since they have been in operation); any valuations of such assets will need to ensure they capture potential growth in toll revenue, as NHAI’s highway expansion bears fruit and the economy recovers. Instead, the Maruti model is instructive – the government had a joint venture with the Suzuki Corporation, but ceded control, despite Suzuki having only 26% shareholding, in return for a push by Suzuki for greater exports from India and manufacture of global models in India. Exits from Maruti were conducted in small tranches, ensuring a better valuation for the government. Empirical evidence highlights that stake sales are considered a preferred route (about 67% of all PSU sales in about 108 countries between 1977 and 2000 were conducted via this route), as it gives time to ensure price discovery, allowing improved performance to raise valuations over time,

Beyond revenue raising, there are serious social consequences with privatisation. PSUs have been significant generators of employment in the past, with multiplier effects – there were about 348 CPSUs in existence in 2018, with a total investment of ₹16.4 trillion (Srivastava, Vinay K., March 2021) and about 10.3 lakh employees in Central Public Sector Enterprises (in 2019). A push for privatisation is a push for mass layoffs, in a period of low job creation.

Greater concentration of public assets in select private hands is also a medium-term concern. In India, about 70% of all profits generated in the corporate sector in FY20 were with just 20 firms (in comparison, the situation in FY93 was about 15%). Across sectors, a whiff of oligopoly is emerging – cigarettes continue to be dominated by a single player (with ~77% market share in FY21), paints has one entity with ~40% in FY21, airports now has a new operator with about six airports plus a 74% stake in Mumbai’s international airport, while telecom has just three players left. Such concentration, mixed with privatisation of public assets, is likely to lead to higher usage fees (already being seeing in telecom) and inflation, coupled with a loss of strategic control.

Perhaps, another avenue of selective PSU reform could be considered. In China, for the past few decades, growth has been led by corporatised PSUs, all of them held under a holding company (SASAC), which promotes better governance, appoints leadership and executes mergers and acquisitions. Such PSUs that have scaled up are market leaders. In Singapore, the Ministry of Finance focuses on policymaking, while Temasek (the holding firm) is focused on corporatising and expanding its PSUs (for example, Singtel, PSA, Singapore Power, Singapore Airlines) towards a global scale. A PSU with greater autonomy, with the government retaining control via a holding firm, can also be subject to the right incentives (T.T. Ram Mohan, February 2021). Surely, Indian PSUs could aspire to be as large and efficient as the Chinese ones.

The time has come to take a relook at privatisation. Simply pursuing this path, while utilising such proceeds for loan write-offs or populist giveaways in the election cycle will not do. A hunt for immediate revenue should not overshadow the long-term interest of the ordinary Indian.

Feroze Varun Gandhi is a Member of Parliament, representing the Pilibhit constituency for the BJP