Savarkar’s ideas of modernity, social and religious reforms, cultivation of scientific temper and embracing technological tools continue to be relevant for building a new India in the post COVID-19 era. 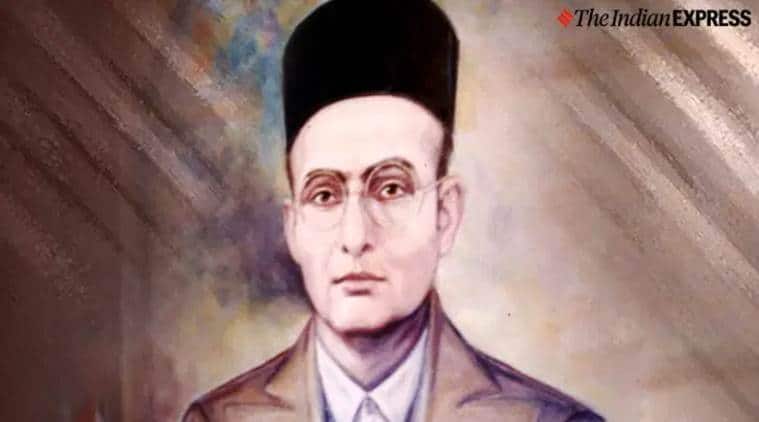 Vinayak Damodar Savarkar is amongst those rare individuals who have the potential to emerge like a phoenix from the dusty annals of history despite unparalleled advocacy against him by a segment of his ideological rivals. It is imperative to understand the ideals of this unsung hero in a nuanced and comprehensive manner as the nation witnesses his 137th birth anniversary.

From a historical point of view, it is striking to note that though Savarkar, a Chitpavan Brahmin, and B R Ambedkar had represented the two opposite extremes of the Indian societal setup, there was proximity between some of their views which remains unexplored. Savarkar was impressed with the insights and meticulous approach of Ambedkar. Savarkar had quoted Ambedkar several times while advocating social reforms, harmony, and the upliftment of the downtrodden. In his book, Savarkar: Echoes from a Forgotten Past, 1883–1924, Vikram Sampath documents how Savarkar appealed that “every true Indian needs to resolve in his or her mind to absolve oneself of… seven fetters”, that is, Vedoktabandi (exclusivity of access to Vedic literature), Vyavasayabandi (continuation of a profession by virtue of one’s birth), Sparshabandi (practices of untouchability), Samudrabandi (forbidding the crossing of the seas to go to foreign lands), Shuddhibandi (disallowing reconversions to Hinduism), Rotibandi (the practice of inter-caste dining), Betibandi (rigidity in abolishing inter-caste marriage). These reformist ideas subsequently became provisions under the Indian Constitution. Savarkar also wrote how, “In what is construed as a ‘low caste’ — the Mahars — we have had such illustrious saints as Chokha Mela and such brilliant thinkers such as Dr Ambedkar, whose piety and intellect far surpasses many a Brahmin’s.”

Savarkar was also the first political leader to set independence as India’s goal in the 1900s. Almost immediately after joining college, he had started organising and spreading his anti-British and revolutionary ideas through his efficient oratory and writing skills — the Congress accepted this goal much later in its Lahore session in 1929. His courage and commitment are evident from the fact that he tried to escape to France by jumping off a British ship near the French coast in 1910. It is also interesting to note that more than a century ago, it was Savarkar who caused the two colonial powers, Britain and France, to approach the Permanent Court of Arbitration, which shares space with the International Court of Justice at the Hague. And, through his extraordinary efforts, he provided leadership to several other young bravehearts in London and across Europe to garner support for India’s freedom.

He was a proponent of a united India, which was inclusive and diverse — an India that was an organic result of all its diverse cultures. He believed in the idea of inclusivity for mobilising the Indian masses. Some oppositional forces have, generally, made skewed arguments by terming him as the proponent of the two-nation theory, by referring to parts of his presidential address of the 19th Hindu Mahasabha session in Karnavati (Ahmedabad) in 1937. This is far from the truth. During the 21st annual session of the Hindu Mahasabha held in Calcutta in 1939, Savarkar, in his presidential address, spoke about how the Hindus and Muslims could bury their historical differences in a common Hindustani constitutional state.

It was not Savarkar but Sir Syed Ahmed Khan, who propagated the two-nation theory, which was adopted by Muhammad Ali Jinnah. At this juncture, it is essential to recall the March 14, 1888 speech by Khan at Meerut. In this public address, Khan said: “In whose hands shall the administration and the Empire of India rest? Now, suppose that all English, and the whole English army, were to leave India, taking with them all their cannon and their splendid weapons and everything, then who would-be rulers of India? Is it possible that under these circumstances, two nations — the Mahomedans and the Hindus — could sit on the same throne and remain equal in power? Most certainly not. It is necessary that one of them should conquer the other and thrust it down. To hope that both could remain equal is to desire the impossible and the inconceivable.”

Savarkar also openly embraced the “Era of Machines” and warned the Indian leaders to learn from Europe’s mistakes. His futuristic approach to Indian cinema, too, was commendable. He believed in the innovative spirit of the human mind. He was a multidimensional personality and wore many hats: A freedom fighter, social reformer, writer, poet, historian, political leader and philosopher. Biased historiography has led to the building of a controversial narrative with a superficial understanding of Savarkar.

Savarkar’s ideas of modernity, social and religious reforms, cultivation of scientific temper and embracing technological tools continue to be relevant for building a new India in the post COVID-19 era. The central government, under the leadership of Prime Minister Narendra Modi, is proactively taking measures for the building of “Ek Bharat-Shrestha Bharat” — following the contemporary relevance of the ideas of such eminent personalities. On his birth anniversary, remembering Savarkar’s patriotic zeal and notable contributions will be a humble tribute to the revolutionary conscience of Indian history.

This article first appeared in the print edition on May 28, 2020 under the title ‘Misunderstood revolutionary’. The writer is Union Minister of State for Parliamentary Affairs, heavy industries and public enterprises, Government of India, and represents Bikaner in Lok Sabha.