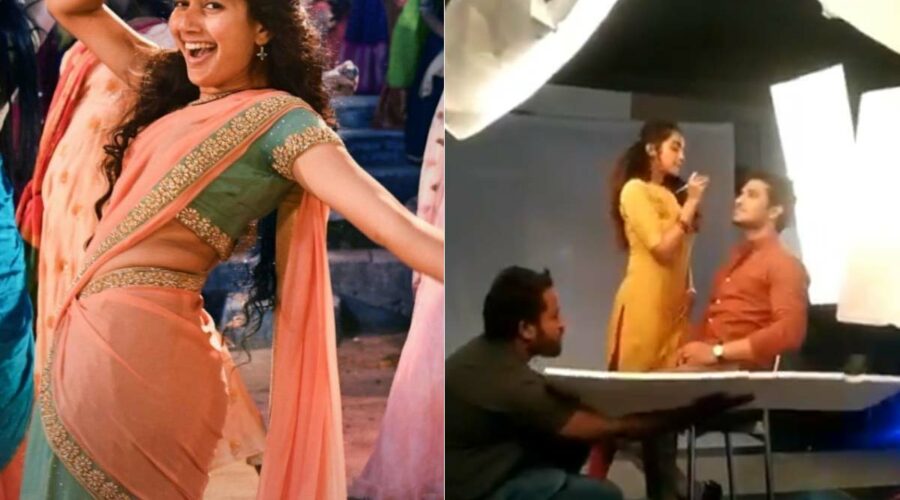 As a part of the promotional activities, the makers of Love Story unveiled its peppy track titled Saranga Dariya that featured Sai Pallavi. Mangli has crooned the song with Sinduri Vishal and Sushmita Narasimhan in background vocals. Suddala Ashok Teja has penned the lyrics whereas Pawan CH has composed the music. On the otherside, it is known fact and currently Anupama Parameswaran is working with Nikhil Siddharth in an upcoming film 18 Pages.

Yesterday evening Nikhil took to his twitter to share a video clip in which Anupama Parameswaran  is seen jiving for the song Saranga Dariya from Sai Pallavi and Naga Chaitanya starrer Love Story.

18 Pages marks the first collaboration between Nikhil  Siddharth and director Palnati Surya Pratap of Kumari 21F fame and  the upcoming film is being bankrolled by GA2 Pictures.  Recently on the occasion of Nikhil Siddhath’ birthday, the first look poster was unveiled.

18 Pages is written by ace filmmaker Sukumar and  it has the music by Gopi Sundar.