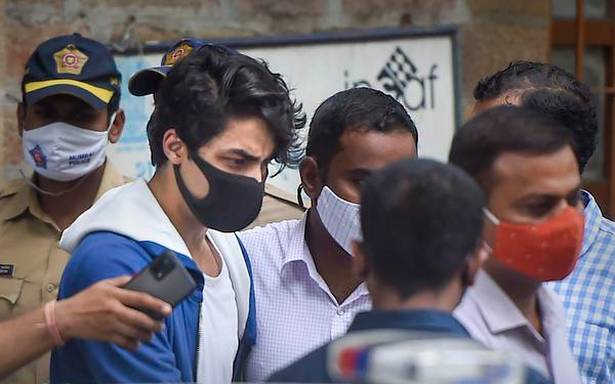 The delay in release of undertrials is an attack on their constitutional liberties, say activists

19-year-old Faizan, arrested on May 31 in a case of robbery, was granted bail by a Delhi court on September 24, but was eventually released on October 16 after tackling a series of legal hurdles.

Similarly, Javed*, an accused in an arson case of Delhi riots, was granted bail on June 10 last year, but it took a 20-day ordeal for him to be released from the Mandoli jail, where he was languishing since March last year.

Almost a week has passed after Shah Rukh Khan’s son Aryan Khan was released from the Arthur Road Jail a day after being granted bail by the Bombay High Court due to delay in paperwork following which they missed the deadline to provide the jail with physical copies of the release orders. This shines a light on a number of undertrials who have to spend several weeks to more than a month after being granted bail as they either cannot pay the surety amount or are stuck in unnecessary delays like address verification or simply due to minor errors in documentation.

In Faizan’s case, the court had imposed a bail bond of ₹50,000 on the teenager, who works at a small private company while his father is a contract labourer. Since he couldn’t arrange the same, an application was moved by his lawyer seeking a reduction of the amount but it was denied. “It took some time but his relatives managed to cobble up the surety amount and he was released after 23 days,” his lawyer Dinesh Tiwari said.

In Javed’s case, the court, as part of the bail bond, asked him to submit a Fixed Deposit (FDR) of ₹25,000. “Since he didn’t have the amount readily available, we offered his e-rickshaw in its place which cost much more than ₹25,000 but the court refused to accept it and it further delayed the process,” his lawyer Tanvi Sharma recalled.

Several lawyers The Hindu spoke to claimed that among the several legal obstacles faced by these undertrials, arranging a local surety, a condition imposed by a majority of courts while granting bail, has proved to be a major concern. “The undertrial might be an impoverished migrant from some far-flung place and will not have someone who will stand surety for him or her,” Mr. Tiwari said.

He said that often issues arise during address verification or when there is an error in the release warrant. “Address verifications take a lot of time as the police personnel might have to go to the accused or the surety’s village which takes a week or more. There are also errors in the accused’s name on the release warrant but jail authorities can always check the FIR where the case details are already mentioned,” he said.

After an accused is granted bail, a bail bond is imposed where a local surety, a relative or a friend of the undertrial arranges the amount, be it in the form of property documents, vehicle papers, or through an FDR. If the accused violates the bail conditions, the submitted amount or collateral will be deducted or seized. A local surety is generally combined with submission of a personal bond, where an undertrial signs an affidavit of a particular amount, which needs to be deposited if he or she breaches bail conditions.

Advocate Chandan Goswami pointed out that often getting a certified bail order copy becomes a cumbersome process. “Unless you ask for a dasti copy, the court doesn’t upload the order copy which further scuttles the process,” he claimed.

On the insistence on local sureties, Mr. Goswami said: “The Supreme Court and several High Courts have repeatedly clarified that a surety can be local or from any other State but the law dictates that you have to accept it nonetheless and let the person go.”

He said that while proper legal representation fastens the process, those who cannot afford such assistance continue to languish in jail for at least a month. “Even with legal aid, it takes around four days to complete all the formalities. If the order gets uploaded on the website instantly and is sent directly to the jail, it wouldn’t take so long,” he said.

“In one case, a 23-year-old person, an orphan, was granted bail in a theft case six months back but he hasn’t been released yet as he has no legal aid to ensure a surety and even his bail order wasn’t available with the court. Often, jail authorities don’t even have the release orders on time,” said advocate Tamanna Pankaj.

Advocate B. Badrinath claimed that courts have been generous in letting undertrials out only on personal bonds over the past few months. “While imposing a local surety, the court keeps in mind the risk factor of the accused absconding,” he said.

Senior Advocate Colin Gonsalves said courts have repeatedly said once a bail order is given, the release should be quick.

Senior Advocate Rebecca John argued: “Even if the court is concerned about the accused breaching bail conditions, merely imposing a heavy surety will not prevent that from happening because there have been cases where undertrials have jumped bail despite a high surety,” Ms. John said.

She said once a bail order is passed, “any unnecessary delay in release is a violation of constitutional protections”. “For verification, trial courts should follow a strict timeline so that people don’t have to spend more time in custody.”

Earlier this year, the release of student activists Devangana Kalita, Natasha Narwal and Asif Iqbal Tanha in a Delhi riots case was delayed by two days over verification of their addresses and sureties, following which the Delhi High Court ordered their immediate release.

Supreme Court judge Justice D.Y. Chandrachud, at an online event on Wednesday, called the delay in communicating bail orders to jail a “very serious deficiency” which needs to be addressed on a “war-footing” as it “touches upon the human liberty” of the prisoner.

This comes after the Supreme Court in July had taken suo motu cognisance of the delay in the release of 13 prisoners from the Agra Central Jail despite being granted bail.

The apex court had in September given the go-ahead to implement a system called FASTER (Fast and Secured Transmission of Electronic Records) which would allow transmission of e-copies or court orders through an electronic channel to jail authorities.