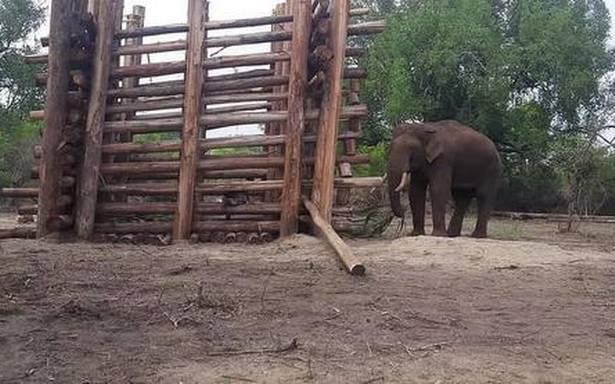 Wild elephant Rivaldo, habituated to living close to humans in the buffer zone of the Mudumalai Tiger Reserve (MTR), was on Wednesday trapped inside a kraal, a possible first step towards permanent captivity.

The elephant had become used to humans as residents regularly fed it a nutritious diet of fruits and sugarcane. It stopped venturing into the forest in search of food over the last few months, preferring instead to roam around the region surrounding Vazhaithottam village.

Forest Department officials say the animal was also suffering from health problems, and they had built a kraal (an elephant shelter to restrict its movement, using which it can be trained through a system of rewards and punishments) at Vazhaithottam. The animal was lured with food and led into the kraal, which was promptly shut.

In a statement, Deputy Director of MTR L.C.S. Srikanth said in a first of its kind, an attempt was made to capture and tame a wild elephant without tranquillising it.

“Rivaldo has trouble breathing and we cannot tranquillise the animal, as it could potentially lead to complications,” said Mr. Srikanth, who added that the pachyderm will be kept inside the kraal and treated for injuries.

A few weeks ago, the Madras High Court had passed an order that the elephant should be released into the wild after it was treated for injuries.

“As per the directions of the honourable High Court, all attempts and actions will be taken to treat Rivaldo… after a period of observation and attempted treatment, a decision will be taken in consultation with a team of veterinarians [on whether the elephant can be released again into the wild],” Mr. Srikanth said.

The Forest Department made efforts earlier to guide Rivaldo to the Theppakadu Elephant Camp, but the elephant escaped. 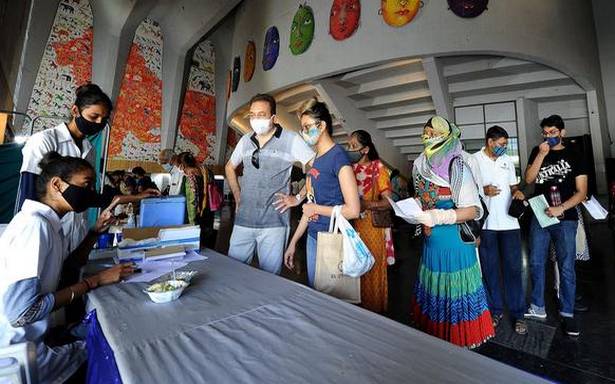