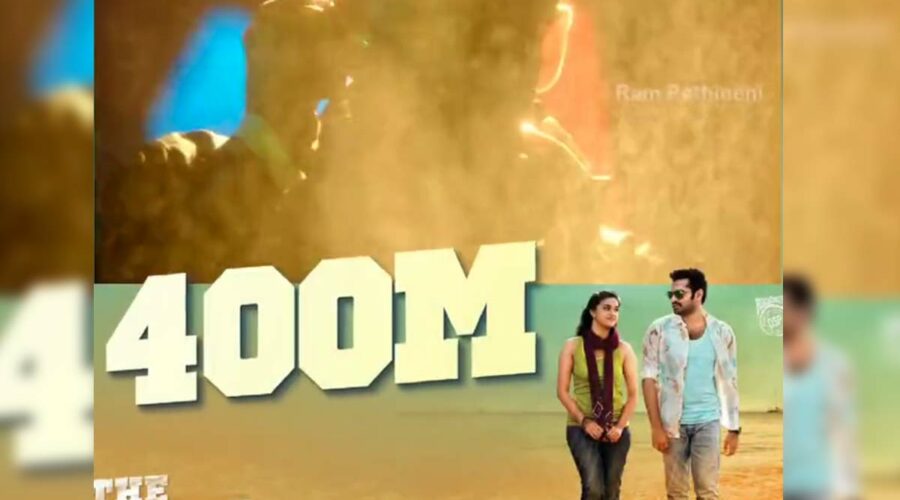 The young and energetic actor Ram Pothineni was last seen playing the lead role in Red, which was the remake of Tamil film Thadam, in which he played the dual role.  Now according to the latest report, Ram Pothineni is creating the records on the popular video streaming platform, YouTube with his romantic family entertainer Nenu Sailaja.

Ram Pothineni starrer Nenu Sailaja, was dubbed in Hindi as The Super Khiladi 3 and released on YouTube. The film has  National award winning actress Keerthy Suresh is the female lead.  The Hindi dubbed version of  Nenu Sailaja  which is titled The Super Khiladi 3 has crossed 400 Million+ views with 1.9 million+ likes on Youtube. The production house  Sri Sravanthi movies confirmed the same by sharing a post on Twitter.

Ram Pothineni and Keerthy Suresh starrer Nenu Sailaja is helmed by Kishore Tirumala and it has the music by Devi Sri Prasad.

On the otherside, Ram Pothineni is doing a bilingual film RAO19 in the direction of  Tamil film maker Lingusamy. The shooting has been stopped  in mid way as  the actor injured his neck. Uppena fame Krithi Shetty is the leading lady of Ram Pothineni starrer will hit screens both in Tamil and Telugu.