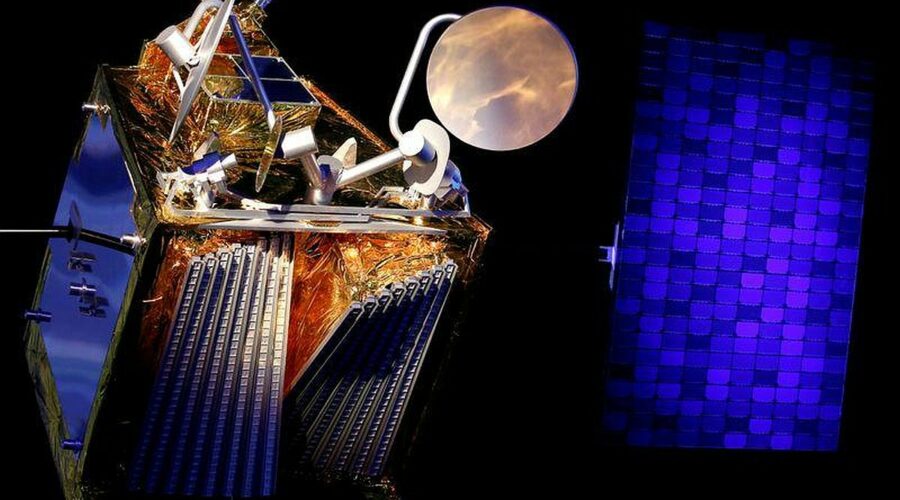 On Sunday, at 12.07 am in Sriharikota, off the coast of the Bay of Bengal, it was almost like an early Diwali, with the sky lit up by the launch of 36 OneWeb satellites. After the countdown, which started 24 hours in advance, once the mega screen marked the launch, a select group of invitees at the gallery cheered by applauding the feat.

The 36 communication satellites were placed on the low-earth orbit as part of the OneWeb India-1 mission, or the LVM3 (Launch Vehicle Mk III) M2 mission.

It was also NewSpace India’s (NSIL’s) first launch with the vehicle (NSIL is the commercial arm of Isro).

It also became the first Indian rocket with a payload of 5,796 kilograms.

Bharti Enterprises is one of the major investors in OneWeb.

Neither mobile phones nor cameras were allowed at the mission centre, giving no opportunity for selfies.

Each stage of the launch — from ignition to separation — was greeted with applause by a packed audience.

This was OneWeb’s 14th launch and its first association with NSIL.

The GSLV Mk III is reportedly a three-stage rocket with the first stage fired by solid fuel, the second by liquid fuel, and the third in cryogenic mode.

OneWeb satellites are arranged in 12 orbital planes with 49 satellites in each plane on a 1,200-kilometre circular orbit.

The company is implementing a constellation of low-earth orbit satellites and will have 648 satellites.

While Somanath was addressing the media, almost an hour after the launch, news came that all the 36 satellites were successfully launched.

“This is historic. In the second operational mission only, LVM3 is going commercial,” he said.

Somanath also announced the launch of Chandrayaan-3 mission in June next year.

“LVM’s next mission will be for OneWeb only, the next Chandrayaan-3, and after that the Gaganyaan unmanned mission,” said Somanath.

Although it was supposed to launch in late 2020 or early 2021, it was reportedly delayed due to the pandemic.

“Chandrayaan-3 is almost ready. Some more tests are pending, which we will be doing a little later.