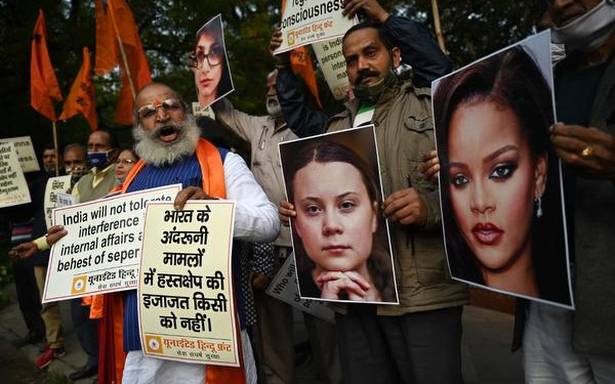 This episode is a short explainer on a news issue that’s dominated the day which is prominent voices from outside of India speaking in support of the farmers’ protests and the Indian government’s unprecedented response. The whole issue started with tweets by the pop singer Rihanna and the climate activist Greta Thunberg, but has sort of taken on a life of its own with several developments. Ther latest is that the Delhi police has now filed an FIR against Ms Thunberg as part of what it calls an investigation into an international conspiracy. We’ll give you some of the details of the story but we’ll also ground it in a larger context, a question that we’ve asked before on this podcast, non interventionism in international politics.

Find the In Focus podcast on Spotify, Apple Podcasts and Stitcher. Search for In Focus by The Hindu.

Write to us with comments and feedback at [email protected]