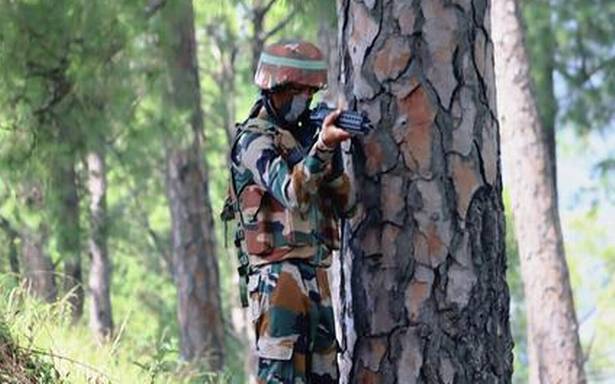 One infiltrator was killed near the Line of Control (LoC) in Poonch district on Friday.

“The body of the terrorist, weapons and ammunition have been recovered,” an Army spokesman said.

He said the Pakistani militant was killed on the night of November 25 during an infiltration bid along the LoC in Bhimber Gali Sector.

“Alert Indian Army troops successfully foiled the infiltration attempt and one Pakistani terrorist has been eliminated,” he added.

The operation is in progress, the Army said.