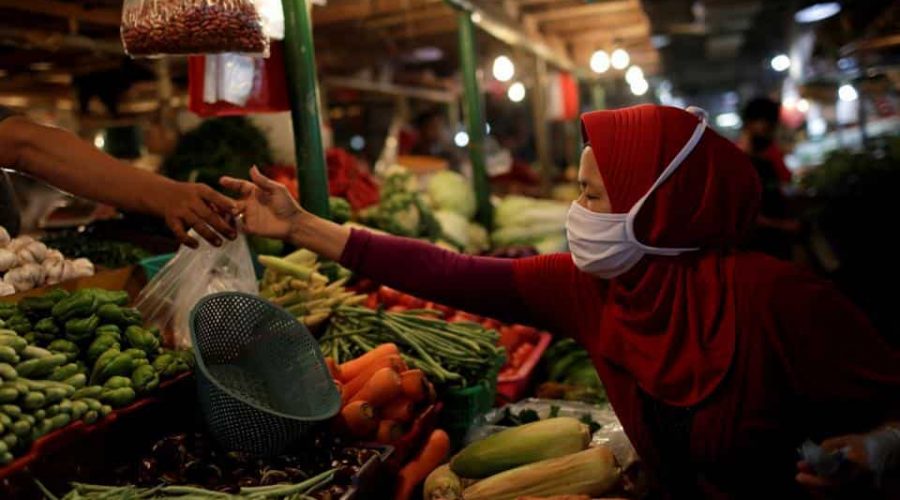 Indonesia’s economy contracted again in the third quarter, falling into its first recession since the Asian financial crisis more than two decades ago as the country grapples with Southeast Asia’s worst coronavirus outbreak.

Gross domestic product(GDP) shrank 3.49 per cent from a year ago, the statistics office announced Thursday, worse than the 3.2 per cent contraction expected in a Bloomberg survey of 27 economists. That comes after GDP declined by 5.32 per cent in the second quarter.

Still, officials saw hope in the fact that the contraction was narrowing. Compared to the previous quarter, GDP expanded 5.05 per cent in the three months through September, while economists expected 5.55 per cent growth.

“This shows improvement, and the direction is getting more positive,” said the head of the statistics bureau, Suhariyanto, who goes by just one name. “We hope that the fourth-quarter situation will be even better with the easing of large-scale social restrictions.”

Indonesian stocks rose as much as 3 per cent after the announcement, climbing to their highest level in two months. The rupiah appreciated as much as 1.3 per cent against the US dollar, marking its third straight day of gains.

The government expects the recession to be short-lived. Finance Minister Sri Mulyani Indrawati said the worst is over for the Indonesian economy, with the recovery in investment and consumption strengthening. The economy should show positive growth momentum in the final quarter of the year, she said.

Coordinating Minister for Economic Affairs Airlangga Hartarto said in a late Thursday briefing that GDP this quarter could range from a 1.6 per cent contraction to a 0.6 per cent expansion. “Hopefully we can close the year with growth around or above zero,” Planning Minister Suharso Monoarfa said at the same event.

The government has cut its economic forecasts several times and now expects GDP to contract between 0.6 per cent and 1.7 per cent for the full year. The tightening of social restrictions in Jakarta amid a fresh surge in virus cases has slowed the recovery.

“The smaller contraction in Indonesia’s economy in 3Q marks the start of the recovery. The still-deep drop, though, reinforces our view that a return to year-on-year expansion before 2Q 2021 is unlikely.” said ASEAN economist Tamara Mast Henderson

Domestic demand, the mainstay of Indonesia’s economy, has yet to revive, with core inflation continuing to weaken since March. The country has recorded trade surpluses in recent months as exports improve, but a recent purchasing managers index showed manufacturing continues to struggle.

Other details of Thursday’s GDP release, compared to year-earlier figures:

“Growth benefited from a pick-up in government consumption and weak imports, which reflects the ongoing weakness in private consumption and investment,” Oxford Economics’ Priyanka Kishore wrote in a research note. “This keeps us cautious on the pace of recovery going forward.”

President Joko Widodo has ordered government ministers to accelerate budget spending for the rest of the year and start planning project procurements to expedite spending early in 2021. The president recently signed a controversial law that aims to attract investment and create jobs, but labour unions are challenging the law at the Constitutional Court.

“Indonesian policy makers deserve credit for using a broad toolkit to combat the pandemic and provide support for the economy. However, external constraints suggest the outlook for the Indonesian economy remains dependent on factors outside of its control,” Joseph Incalcaterra, HSBC Holdings Plc’s chief Asean economist, wrote in a research note. “This is why speedy and firm implementation of Indonesia’s landmark investment and labor reform is absolutely crucial.”