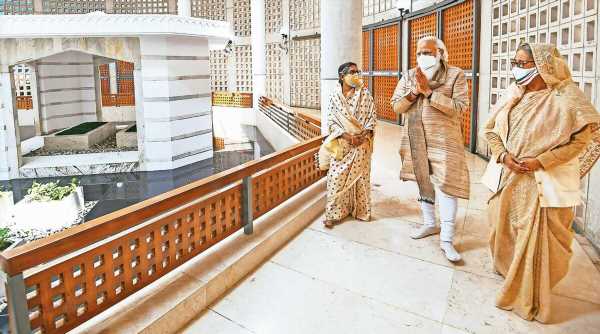 PM Modi's visit indicates that the two neighbours have evolved and are keen to discuss and remove obstacles as they appear. 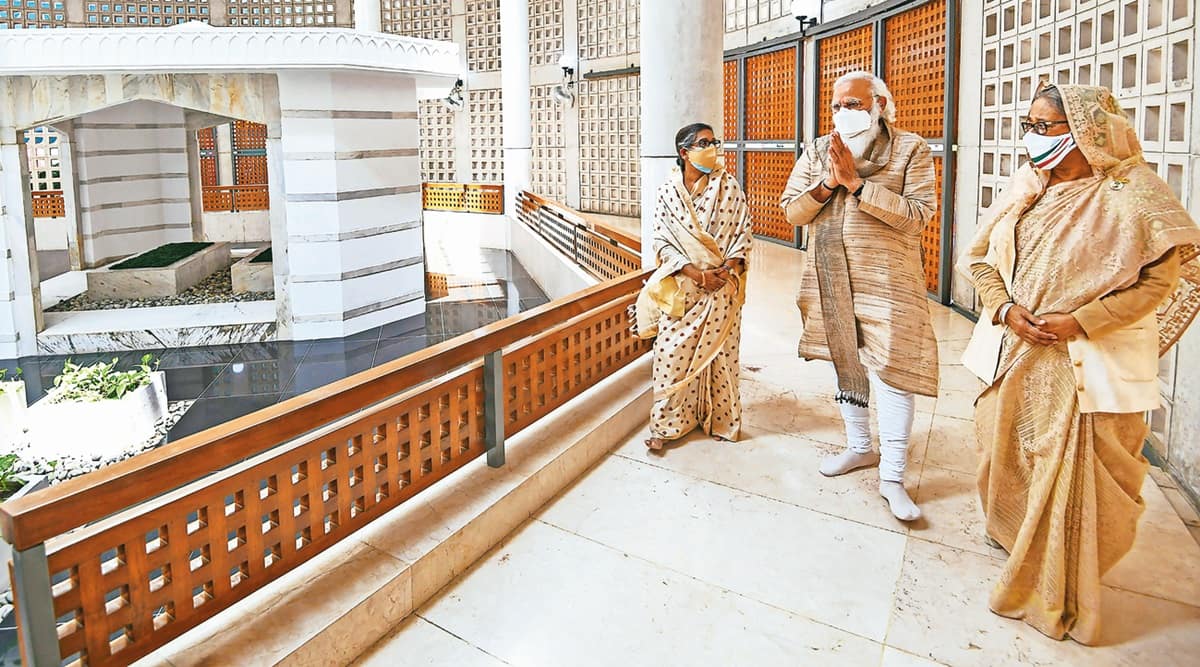 At the invitation of Prime Minister Sheikh Hasina, Prime Minister Narendra Modi visited Bangladesh from March 26 to 27 to participate in the 50th-anniversary celebrations of the independence of Bangladesh and muktijuddho, the War of Liberation. He was originally scheduled to attend the beginning of the year-long celebrations in March 2020, which had to be deferred due to the COVID pandemic. This was also the birth centenary of Sheikh Mujibur Rahman. In the preceding days, prime ministers and presidents of Bhutan, Maldives, Nepal and Sri Lanka came to Dhaka to convey their good wishes to Bangladesh. Congratulatory messages were received from many, including Joe Biden, Vladimir Putin, Boris Johnson, Yoshihide Suga and Imran Khan. Curiously, Xi Jinping did not figure.

During his visit, PM Modi visited Tungipara to pay his respects at the mazar of Sheikh Mujib, a gesture which was appreciated, particularly as he is the first Indian prime minister to do so. PM Hasina and her sister Rehana were at Tungipara to greet the Indian prime minister. PM Modi also visited two Hindu temples in the countryside. This was seen as connected to the ongoing elections in West Bengal.

Even though the visit was to participate in the anniversary celebrations, it acquired the contours of an official visit with talks at the delegation-level and a joint statement. While the joint statement does not have the visionary aspect of some in the past, this could well be interpreted positively. A “bread and butter” joint statement should indicate that the two countries have evolved and are actively engaged and keen to discuss and remove obstacles as they appear.

In this context, it has to be noted with regret that issues related to water resources remain unattended. Besides the major issue of the Teesta, the joint statement finds no mention of the lack of movement by one side or the other with regard to Feni, Kushiyara, etc. Water-related issues are rarely, if ever, resolved by ministries of water resources. Clearly, there has been an absence of political direction or involvement of the foreign ministries. Unfortunately, these apparently minor issues have a habit of flaring up and affecting bilateral relations. The Indian prime minister’s comment that India is committed to a reasonable solution to the sharing of all river waters bypasses the essential need for the development of water resources, which, in turn, requires multi-state collaboration. An instance of inexcusable laxity would seem to be in not yet even commencing the technical survey of the Ganges barrage, which is supposed to maximise the benefits of the Farakka Agreement to Bangladesh. Political will besides, there also needs to be accountability at the official and technical levels for surveys not moving from one joint statement to the next.

One very positive reflection in the discussions, hopefully indicative of the road travelled, is Bangladesh’s suggestion of India providing additional road connectivity to Nepal and rail to Bhutan. This should be provided without reservations by India, keeping at bay the ever-suspicious security agencies. Bangladesh has also expressed an interest in being involved in road links between India and Myanmar and Thailand. Until not too long ago, Dhaka had been wary of such connectivities. It is important that, on India’s part, things progress rapidly. Bangladesh has sought a detailed proposal from India on its request to be provided connectivity between Guwahati and Chittagong, as also transit between Mahendraganj in Meghalaya to Hili in West Bengal. One of the lingering effects of the division of an interdependent landmass into mutually suspicious national entities has been the lack of development in all the areas concerned. A moment may have arrived when in some form, the promise of SAARC or BBIN may reach fulfilment. Free connectivity could change the lives of people in the most significant ways.

A recent World Bank study has projected exponential growth in trade with a consequent effect on GDP for both India and Bangladesh if there is free trade and liberal connectivity. In this context, it is heartening to note that there have been positive discussions between the two countries in arriving at a CEP. As far as I can recall, the offer of an FTA, on lines similar to India’s FTA with Sri Lanka, had been made to Dhaka many years ago at either official or track II level but had not found acceptance. Meanwhile, export figures from Bangladesh reveal that following India’s offer of duty-free access to a number of items, exports have increased substantially.

PM Hasina’s offer of the airports of Chittagong, Sylhet and Saidpur in northern Bangladesh to neighbouring areas in India is extremely significant with a host of positive consequences for the region. It would be up to India to ensure that the offer is followed up by both countries in terms of the necessary infrastructure being put in place.

One might recall that during Sheikh Hasina’s visit in October 2019, her statements had clearly, if politely, indicated her dismay at some political developments in India. Possibly as a reaction to Indian statements connected to the CAA, some ministerial visits from Bangladesh had been cancelled. These concerns have not gone away, and have been reflected in the demonstrations against the Indian prime minister’s current visit, leading to several deaths. While some reassurances have presumably been conveyed to Dhaka, it would remain important to remember that our internal politics, statements and, indeed, treatment of minorities, would influence our neighbours at many levels and, consequently, our relations with them.

This article first appeared in the print edition on March 29, 2021 under the title ‘An active engagement’. The writer was India’s High Commissioner to Bangladesh from 1995-2000

03/29/2021 India Comments Off on Indo-Bangladesh ties have deepened. But some issues remain
TV & Movies