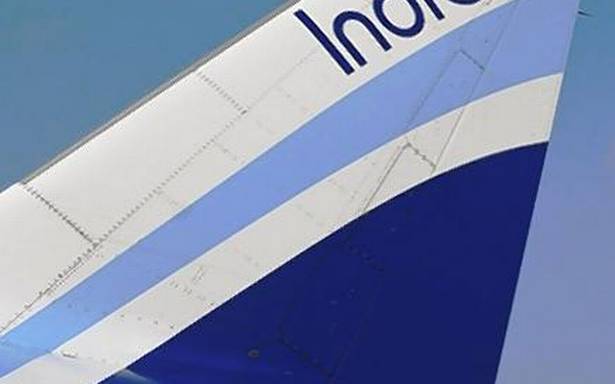 Market leader IndiGo reported a 400% increase in its profit to ₹589 crore for the quarter ended March 31, making it the most profitable period of financial year 2019 for the airline partly due to the suspension of flight operations by Jet Airways.

However, IndiGo’s full-year profit was down by 93%, allowing the airline to break even by a whisker. Beset by high fuel prices and a weak rupee for the better part of the fiscal, the airline cobbled together a profit of ₹156 crore, down from ₹2,242 crore profit in FY18.

“Fiscal 2019 was a tough year for the airline industry in India because of high fuel prices, weak rupee and intense competitive environment. However, it is a tale of two halves for IndiGo, with the first half of the year incurring losses and the second half of the year experiencing a sharp recovery,” CEO Ronojoy Dutta said.

Mr. Dutta attributed the growth in the airline’s revenue to two factors — actions taken by the airline to optimise its network such as reallocation of 10% of its capacity as well as a rise in revenue from ticket sales due to Jet Airways suspending its flight operations. The cash-strapped airline shut down its operations mid-April, transferring a part of its market share to other players in the sector.

During the financial year 2019, the airline was able to increase its domestic capacity by 24% and capacity on international routes by 60%.

To a question on whether the airline would further diversify its fleet by adding wide-body aircraft, the CEO said, “There is nothing imminent. Are we studying it? Absolutely. But are we about to place an order or do we see something happening in the near future. No.”

The rift between IndiGo’s partners Rahul Bhatia and Rakesh Gangwal over “one issue” would be resolved soon, the airline’s CEO Ronojoy Dutta said in an analyst’s conference call on Monday.

“There are no differences over strategy, international experience and management (appointments). There is one issue that is being debated and we are optimistic that it will be resolved shortly.”

The two partners have approached law firms over certain clauses in the shareholder’s agreement, which expires in October when the airline completes five years of launching its IPO.