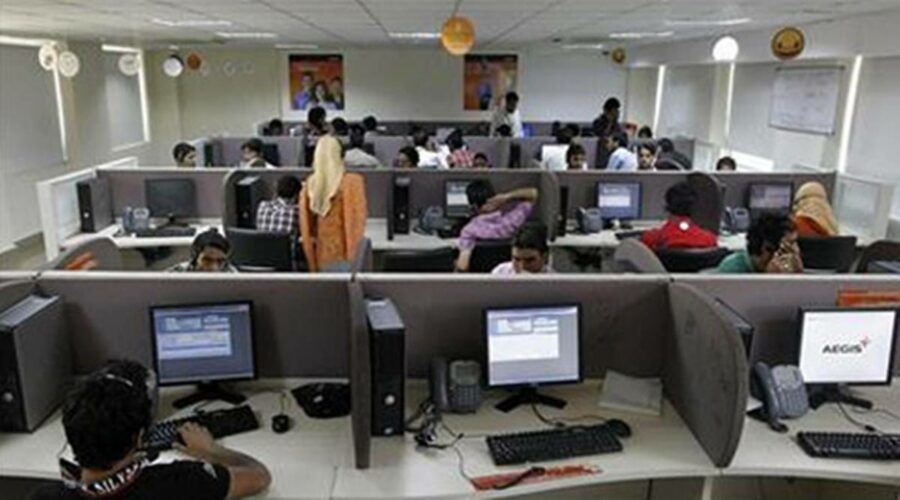 The seasonally adjusted India Services Business Activity Index rose from 55.2 in September to 58.4 in October, signalling the strongest rate of growth in ten-and-a-half years. India’s services sector activity expanded at the strongest pace in ten-and-a-half years in October, driven by a substantial upturn in business activity amid favourable demand conditions, a monthly survey said on Wednesday.

Companies indicated that a notable pick-up in new business led to the fastest expansion in output in over a decade and as a result more jobs were created, even though business confidence remained subdued due to growing inflationary concerns.

The seasonally adjusted India Services Business Activity Index rose from 55.2 in September to 58.4 in October, signalling the strongest rate of growth in ten-and-a-half years.

For the third straight month, the services sector witnessed an expansion in output. In Purchasing Managers’ Index (PMI) parlance, a print above 50 means expansion, while a score below 50 denotes contraction.

“… The recovery of the sector entered its third straight month, with firms scaling up activity at the fastest pace in ten-and-a-half years and creating more jobs,” said Pollyanna De Lima, Economics Associate Director at IHS Markit.

On the employment front, services companies continued to hire additional workers in October. Although moderate, the pace of job creation quickened from September to the strongest since February 2020.

However, the latest data continued to point to weak international demand for Indian services. New export business decreased in October, a trend that has been recorded since the COVID-19 outbreak, the survey said.

Meanwhile, private sector output in India increased at a sharper rate in October as growth quickened among both manufacturers and service providers.

The Composite PMI Output Index — which measures combined services and manufacturing output — rose from 55.3 in September to 58.7 in October, signalling the strongest monthly expansion since January 2012.

October data pointed to a second successive monthly increase in private sector employment, but the rate of expansion was only slight as growth among service providers was partly offset by job shedding at goods producers.

Business sentiment among companies operating in the Indian private sector strengthened in October, owing to a notable rebound in optimism at goods producers, the survey said.