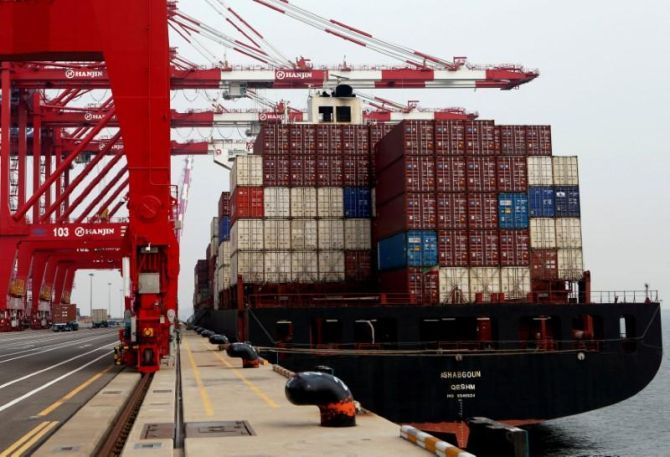 On the back of rising crude oil purchases, India’s bill for imports from sanctions-hit Russia jumped 3.5 times in a year in April to $2.3 billion, showed data from the commerce ministry. In April, India’s crude oil imports from Russia were valued at $1.3 billion, 57 per cent of India’s total inbound shipments from Russia.

That month, Russia was also the fourth-largest crude petroleum supplier to India, after Iraq, Saudi Arabia, and the United Arab Emirates (UAE).

As far as overall imports are concerned, Russia was the sixth largest import partner in April.

During the same month last year, Russia was the 7th biggest source of crude oil for India and on an overall basis, it ranked 21st among India’s import partners.

Russia was also India’s 9th largest trading partner in April (including both exports and imports), with the size of trade at $2.42 billion.

This even as the value of outbound shipments to Russia nosedived to $96 million in April, down by 59 per cent year-on-year.

Crude oil imports to India from Russia are on the rise since Russia’s invasion of Ukraine on February 24.

The invasion was followed by economic sanctions on Russia by the US and its allies, in an attempt to isolate the country from global trade and this led to spike in commodity prices.

Despite pressure from Western nations, India did not pick a side and it chose to maintain a neutral stance considering its historical relationship with Russia.

India was also criticised for continuing trade with Russia despite the imposition of economic sanctions.

India on various global fora has been defending its stand holding that petroleum products do not fall under the ambit of sanctions by Western countries and New Delhi has always looked to diversify its energy sources.

“If you’re looking at energy purchases from Russia, I’d suggest that your attention should be focused on Europe.

“We do buy some energy, which is necessary for our energy security.

“But I suspect, looking at figures, our total purchases for the month would be less than what Europe does in an afternoon,” External Affairs Minister S Jaishankar said in April during a press conference for the India-US 2+2 Ministerial Dialogue.

Trade minister Piyush Goyal last month at the World Economic Forum said India is well within the current framework which has been designed by the countries which have imposed the sanctions.

“Our interests or needs are no different from those of European nations.

“In the current situation, when inflation is at an all-time high, causing stress to people all over the world, the EU and European countries continue to buy larger quantities than India ever thought of buying,” Goyal said.

06/22/2022 India Comments Off on India’s Russian imports up 3.5 times on oil buys despite Western pressure
India