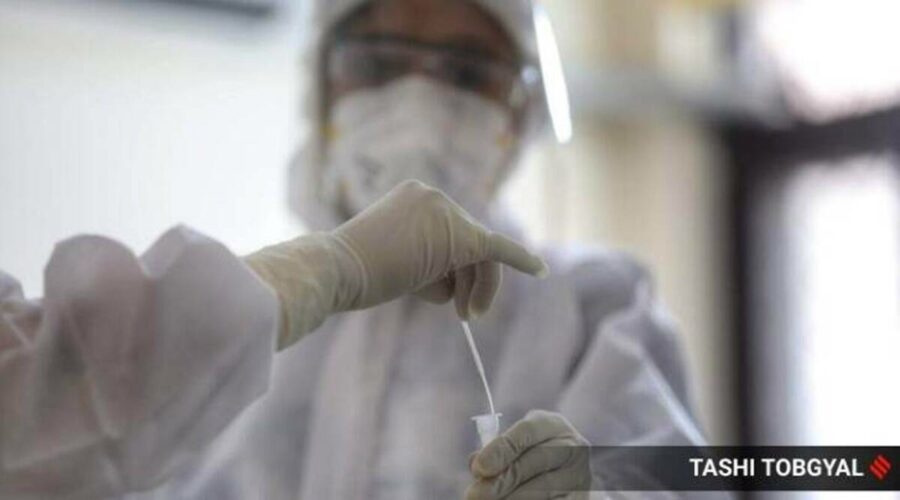 This particular variant, named B.1.617, first discovered in the Vidarbha region of Maharashtra in December last year, is the focus of global attention now, because of its possible role in triggering India’s second wave of infections. Following a request from the United Kingdom, samples of the double-mutant Indian variant of the coronavirus, suspected to be fuelling the fierce second surge, are being sent to London to enable wider studies on the effectiveness of the existing vaccines against it.

“The samples of the virus culture are in the process of being sent to the UK. In fact, an exchange of samples of the variants is happening. The first shipment should happen in the next few days,” Rakesh Mishra, who retired as director of the Hyderabad-based Centre for Cellular and Molecular Biology three days ago, told The Indian Express.

This particular variant, named B.1.617, first discovered in the Vidarbha region of Maharashtra in December last year, is the focus of global attention now, because of its possible role in triggering India’s second wave of infections.

Scientists still do not blame this variant for the surge in India but admit that, at least, in some areas, like Vidarbha, it could have been the primary reason for the rise in cases.

Incidentally, this Indian strain, the WHO has said, has been detected in at least 17 countries including the US, UK and Singapore.

In the last few days, several countries have put restrictions on Indian travellers, worried that they might carry and spread this variant in their population as well. In a recent interview with The Indian Express, Anthony Fauci, one of the most influential infectious disease experts, said that India should make samples of this variant available to the US, UK and other countries for analyses.

Mishra said the request from the United Kingdom was been received at least a couple of weeks ago and it was being processed.

“We are sending some isolates from here, and they (UK) are sending a few of their own. Some final clearances are awaited. Such exchange of material and information is extremely crucial during a pandemic like this,” Mishra said.

The B.1.617 variant has, in the meanwhile, already been found in UK population as well, so that it could be cultured there itself. Mishra said the exchange of samples was still important because there could be important differences in the samples collected here and in UK.

“This variant has been found in several people in the UK population now. The transfer of samples was more urgent and relevant two weeks ago, than it is now, but it is still important, because there could be significant differences between the variants found here and in the UK. The transfer of biomaterials takes time. There are international norms on biodiversity that govern the exchange of such material between countries, there are issues of biosafety, and as such several permissions and clearances are required, both in the UK and in India,” he said.

Mishra said as of now the vaccines currently being used in India, Covishield and Covaxin, had been shown to be effective against this variant.

“Our own studies (by CCMB and others) have shown that both these vaccines are effective. But we have not tested it against other vaccines, like (those manufactured by) Pfizer or Moderna, because we don’t have access to those vaccines. Those tests would have to be carried out in other countries right now. That is why this transfer of material is very important. Our tests have shown that Covishied and Covaxin are effective not just against this variant but also against the UK variant (B1.1.7) that is widely prevalent in northern India,” he said.